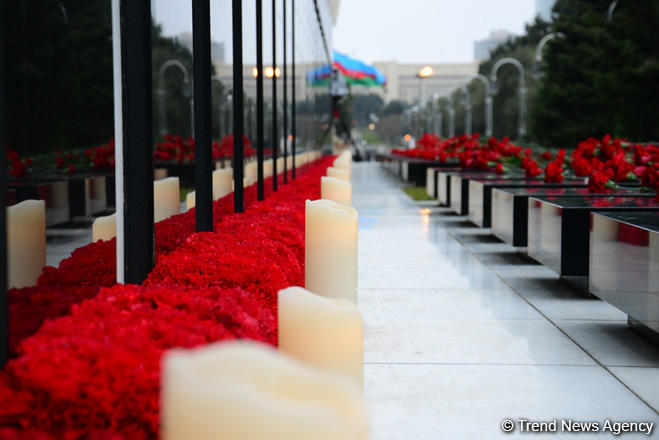 Delegation of the European Union to Azerbaijan made a statement in regards to the 31st anniversary of the January 20 tragedy, according to Azerbaijan in Focus, reporting Trend News, citing the delegation.

“On this day of sorrow, together with the people of Azerbaijan, the EU Delegation is mourning the victims of the Black January tragedy. The tragic events underline the need for peace, reconciliation, and humanity for a better future. I express my deepest condolences to the families and loved ones of the victims of the January events,” the delegation said in a statement.

January 20 is a day that went down in the history of Azerbaijan’s fight for independence and territorial integrity.
On January 20, 1990, the Soviet army forces entered Baku to suppress the masses protesting the USSR-supported Armenian aggression based on territorial claims against Azerbaijan.

On the night of January 19-20, 1990, 147 people were killed, 744 were injured and 841 were illegally arrested after Soviet troops entered Baku. The Soviet troops also destroyed 200 apartments and houses, as well as private and public property.
January 20 is immortalized in the memory of the Azerbaijani nation as a Day of the Nationwide Sorrow.