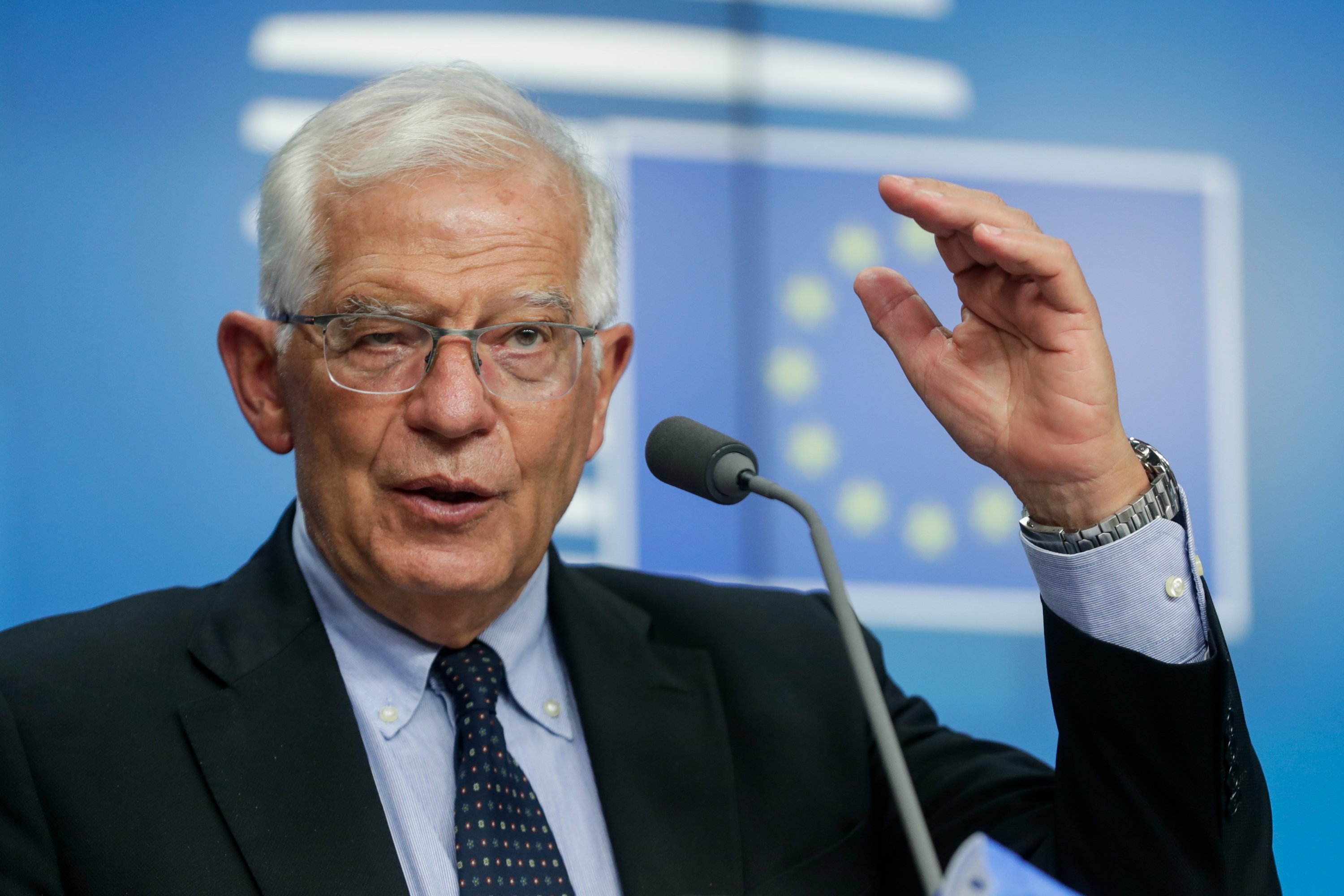 EU has to talk with Taliban before recognition: Borrell

Before recognizing them, the European Union will have to talk with the Taliban after the group seized control of Afghanistan, the bloc’s foreign policy chief Josep Borrell said Tuesday.

“The Taliban have won the war, so we will have to talk with them,” he said, while stressing this does not mean moving quickly to officially recognize their rule.

He also said that the fight against al-Qaida in Afghanistan succeeded, but the process of nation building failed despite the enormous amount of resources directed to the country.

Borrell was speaking after a tele-conference with EU foreign affairs ministers.

“And the main conclusions of this meeting has been that the first objective, the priority, is to ensure the evacuation in the best conditions of security of the European nationals still present in the country, and also of the Afghan citizens who worked with us for more than 20 years, if they want to leave the country,” he said.

Borrell also said that Brussels would “engage in a dialogue as soon as necessary to prevent a humanitarian and a potential migratory disaster.”

“This dialogue will also have to focus on the means to prevent the return of a foreign terrorist presence in Afghanistan,” he added.

“It is not a matter of official recognition, it is a matter of dealing with them,” he said.

“If I want 400 people, Afghans and their families, that have been working for us today in the EU delegations, to reach the airport, you can understand that I will need to talk with the Taliban authorities.

“So we have to engage with them. And at the same time, remain very vigilant on the respect of their international obligations,” he said.

The Taliban declared the war in Afghanistan over after taking control of the presidential palace in Kabul while Western nations scrambled Monday to evacuate their citizens amid chaos at the Kabul Hamid Karzai International Airport as frantic Afghans searched for a way out.

Afghan President Ashraf Ghani said Sunday, “The Taliban have won with the judgment of their swords and guns, and are now responsible for the honor, property and self-preservation of their countrymen,” after fleeing the country as the militants entered the capital virtually unopposed, saying he wanted to avoid bloodshed. The ensuing hours saw hundreds of Afghans desperate to leave flood Kabul airport.

“Today is a great day for the Afghan people and the mujahideen. They have witnessed the fruits of their efforts and their sacrifices for 20 years,” Mohammad Naeem, the spokesperson for the Taliban’s political office, told Qatar-based media outlet Al-Jazeera TV. “Thanks to God, the war is over in the country,” he said.

This article originally appeared in DAILY SABAH on 17 August 2021.