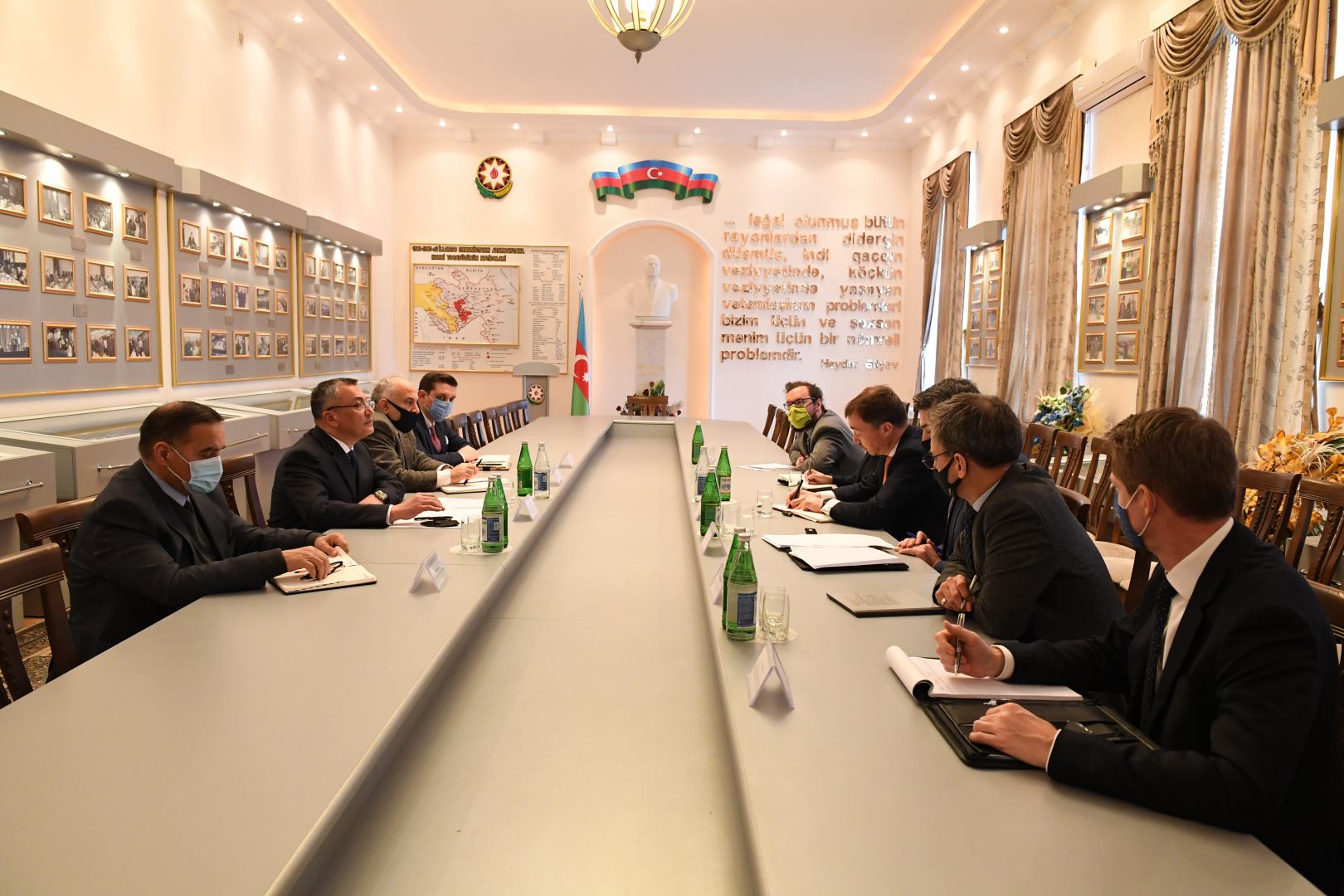 Chairman of the Azerbaijan State Committee for Refugees and Internally Displaced Persons, Rovshan Rzayev, met with the EU Special Representative for the South Caucasus, Toivo Klaar, who is on a visit to Baku, according to Azerbaijan in Focus, reporting Trend News, citing the committee.

In the course of the meeting, Rzayev informed Klaar about the main directions of the state policy pursued in the country regarding work with refugees and IDPs under the leadership of President Ilham Aliyev.

The committee chairman noted that special attention is paid to the solution of social problems of this category of citizens, emphasising that First Vice-President Mehriban Aliyeva shows a special and sensitive attitude towards refugees and internally displaced persons.

“The overwhelming majority of IDPs want to return to the country’s territories liberated from Armenian occupation- to their places of permanent residence. The return process, which will be carried out in accordance with the principle of voluntariness, will begin after the provision of security and decent living conditions on these lands. On behalf of the head of state, government agencies carry out coordinated work to address these issues,” said Rzayev.

The EU Special Representative, in turn, noted the importance of de-mining the liberated Azerbaijani lands.

Polls of mutual interest were also discussed at the meeting.