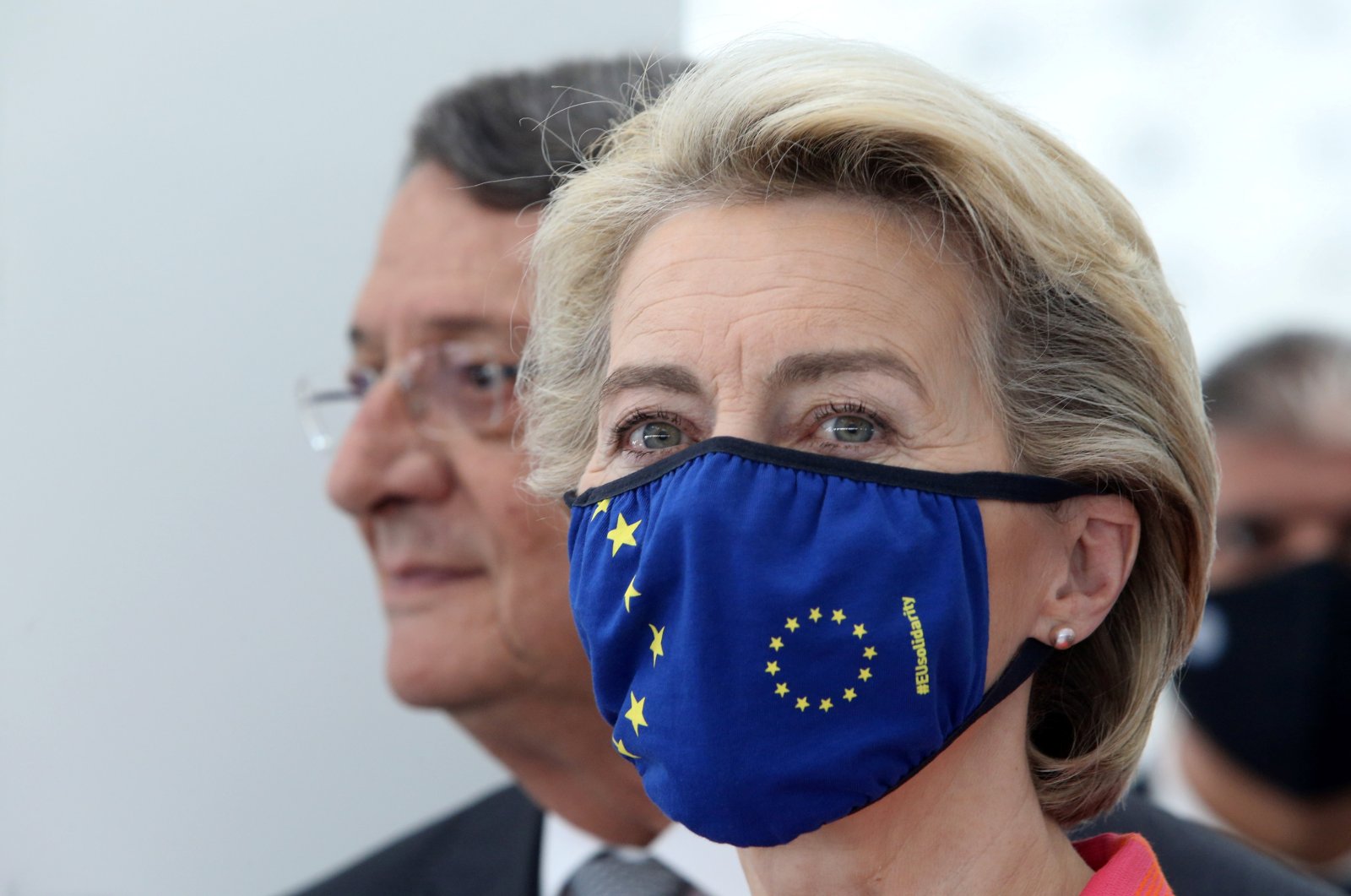 Von der Leyen, who was visiting southern Cyprus, said the European Union spoke with one voice on the conflict, which has dragged on for decades and is one of the key hurdles put up by the EU in Turkey’s ambitions of joining the bloc.

“I want to repeat that we will never, ever accept a two-state solution. We are firm on that and very united,” von der Leyen told a news conference.

While the Turkish side advocates a two-state solution for the Cyprus issue, the Greek side and the EU support a federal solution.

Cyprus has been mired in a decadeslong dispute between Greek and Turkish Cypriots, despite a series of diplomatic efforts by the United Nations to achieve a comprehensive settlement.

Ethnic attacks starting in the early 1960s forced Turkish Cypriots to withdraw into enclaves for their safety. In 1974, a Greek Cypriot coup aiming at Greece’s annexation led to Turkey’s military intervention as a guarantor power on July 20 that year to protect Turkish Cypriots from persecution and violence.

The Turkish Republic of Northern Cyprus was founded in 1983.

It has seen an on-and-off peace process in recent years, including a failed 2017 initiative in Switzerland under the auspices of guarantor countries Turkey, Greece and the United Kingdom.

The Greek Cypriot administration entered the EU in 2004, the same year that Greek Cypriots thwarted a U.N. plan to end the decadeslong dispute.

This article originally appeared in DAILY SABAH on 08 July 2021.