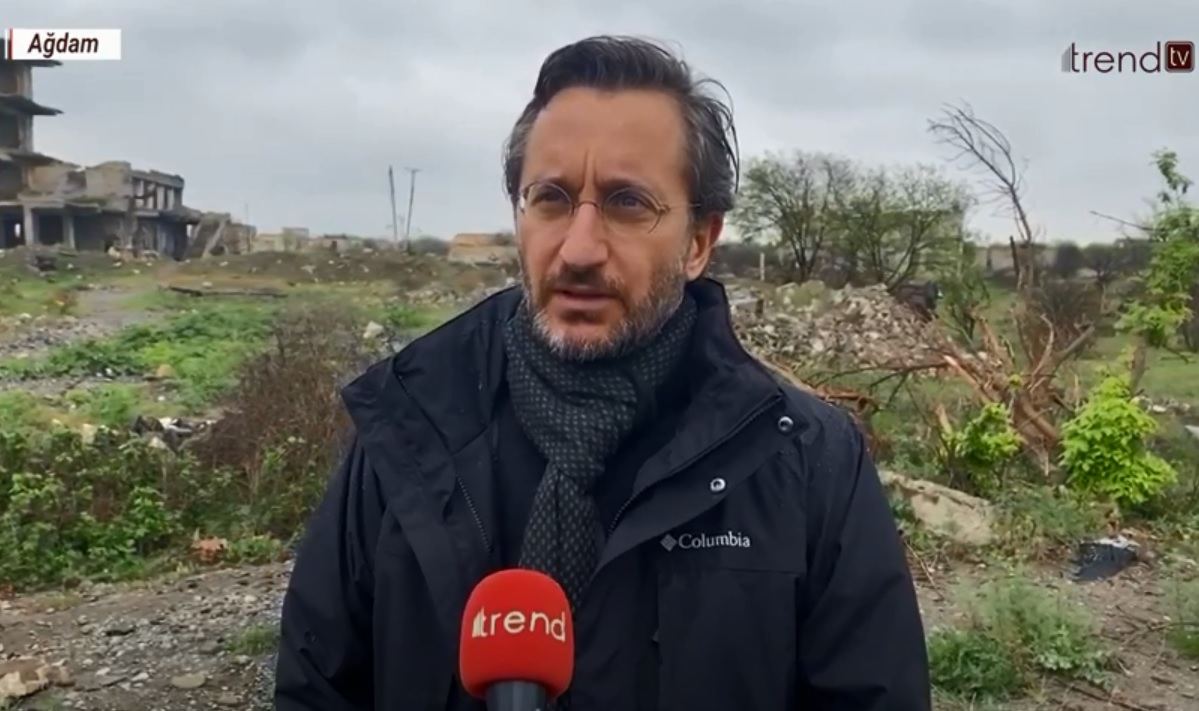 The Turkic Council’s delegation for themselves saw examples of Armenian barbarism and crimes against humanity in Azerbaijan’s Aghdam district, said Director of the Communications Department of the Turkish Presidential Administration Fahrettin Altun, according to Azerbaijan in Focus, reporting Trend News during his visit to Aghdam district.

Altun stressed that Aghdam city, reflecting many beauties, was once magnificent and lively but today the city has been completely destroyed.

“Aghdam was destroyed in a barbaric way,” director of the department said. “Nothing was left of the city. During these 30 years [of occupation], only traces of Armenia’s atrocities remained here. Alas, the whole world saw all these crimes against humanity.”

“Azerbaijan tried to convey the truth to the world community, but despite Turkey rendering all possible support to Azerbaijan during that period, unfortunately, injustice could not be avoided here,” director of the department said.

Altun stressed that a new stage began in the Nagorno-Karabakh region with the victory in the war.

“This stage is very important not only for Azerbaijan, but also for the geopolitics of the region,” director of the department said. “It is the duty of the entire world community to make big efforts to ensure and maintain peace here. We have made big efforts in this issue from the very beginning and will continue to do so.”

“On the other side, it is necessary to take important steps for the development of the region,” Altun said. “Turkey will participate in this process, especially when the Turkic world needs closer cooperation. We must not allow any attempts which are made to eradicate Turkism and Islam in this region.”

Azerbaijan showed great heroism during the war,” Altun said. “We are always close to our brothers. Congratulations once again on the victory in the Second Karabakh war!”