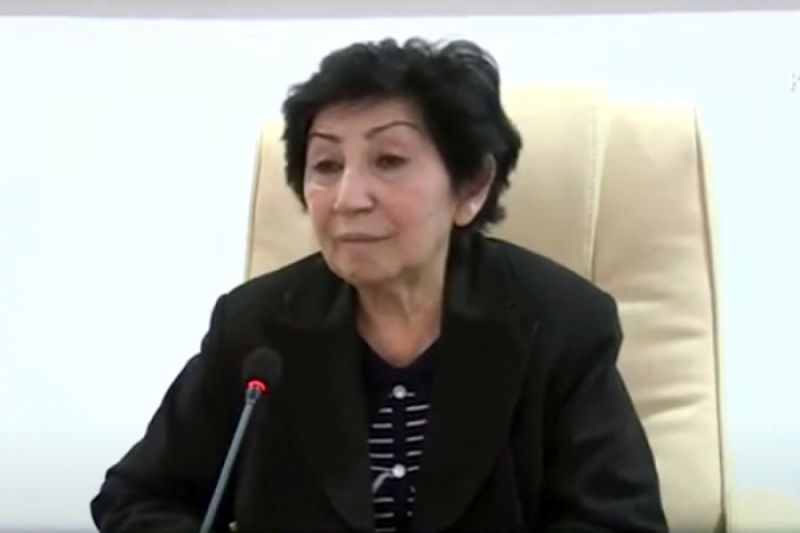 At the age of 85, after a serious long illness, the famous Azerbaijani historian, Doctor of Historical Sciences, Corresponding Member of the National Academy of Sciences of Azerbaijan (ANAS) Farida Mammadova died. Today she was buried in the city of Salyan.

Farida Mammadova was born in 1936 in the city of Shirvan.

After graduating from the Faculty of History of Baku State University in 1960, she began her career at the Institute of History of ANAS.

In 1962-69. Farida Mamedova was engaged in research at the Institute of Oriental Studies of the USSR Academy of Sciences in St. Petersburg.

In 1971, Farid Mammadova defended his candidate’s dissertation, 1987 – his doctoral dissertation.

In 2001 she was elected a Corresponding Member of ANAS.

Farida Mammadova is the author of 6 monographs and 120 scientific articles.

In the monograph “Political history and historical geography of Caucasian Albania” Farida Mammadova, on the basis of ancient sources, highlighted the events of socio-political, socio-economic life, issues of ideology, culture of Azerbaijan in the period of antiquity and the early Middle Ages.

She investigated the formation of an independent Albanian church, the Albanian historical and literary tradition, the reasons for the de-ethnicization of the Albanians, one of the ancestors of the Azerbaijani people.

In this work, written in 1986, Mammadova, in fact, for the first time on a scientific basis, exposed the armenization of the Albanian heritage of Azerbaijan.

This article originally appeared in TURAN INFORMASIYA AGENTLIYI on 08 Dec 2021.