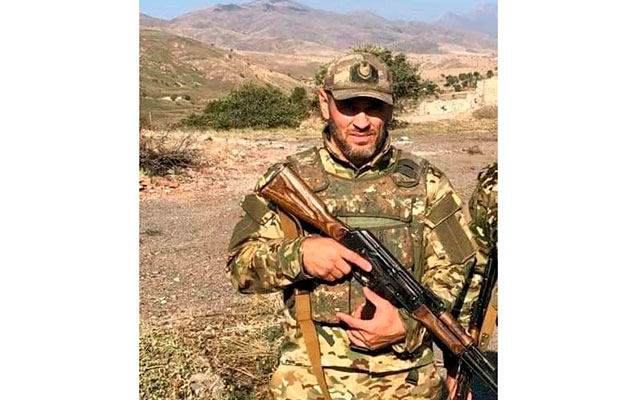 Fariz Najafov, Participant in the Second Karabakh War, Writes on the Victory

Fariz Najafov, President of the Gabala Sports Club and participant in the battles to liberate Nagorno-Karabakh and the seven surrounding regions commented on the victory on his Facebook, according to ‘Azerbaijan in Focus’ reporting Qafqazinfo:

“I congratulate our people, led by the Supreme Commander-in-Chief, on the great victory we won in the Second Karabakh War. I bow before the souls of every soldier and officer who were heroically martyred in achieving this victory. I kiss the hands of our martyrs’ parents. I am proud of every child of our nation, who united under the motto ‘everything for the front’ to achieve a historic victory and stood by our army with immeasurable enthusiasm. Glory to and long live the victorious people of Azerbaijan!”