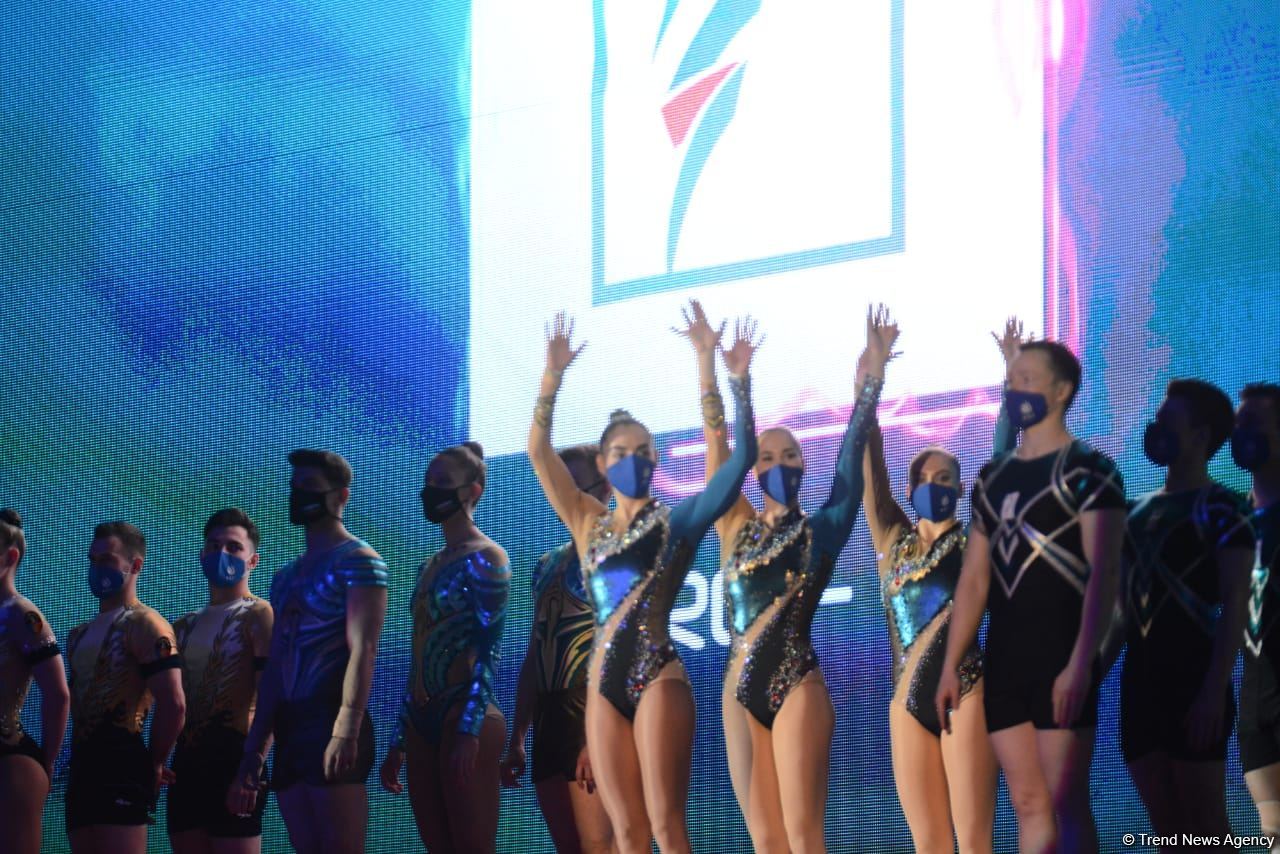 The finals started within the 16th World Aerobic Gymnastics Championships underway at the National Gymnastics Arena in Baku, according to Azerbaijan in Focus, reporting Trend News.

Before the start of the competition, the presentation of the finalists took place. The start of the finals was announced by the ambassador of the 16th World Aerobic Gymnastics Championship, a famous athlete, multiple European and world champion, coach Vladislav Oskner (Russia).
On the second day of the World Championship, the finals will be held in the individual program for women, among the trios.

The 16th World Aerobic Gymnastics Championship is being held on May 27-29 in Baku, in the National Gymnastics Arena. It is attended by 166 athletes from 22 countries.

During the three-day competition, gymnasts will compete in the individual program for women and men, in mixed pairs, trios, groups, as well as in the aero dance and aostep programs. According to the rules, one participant will be able to perform in a maximum of three of these programs.
The competitions are held in accordance with the quarantine measures in force in Azerbaijan in connection with the pandemic, taking into account the sanitary and epidemiological requirements and without spectators.