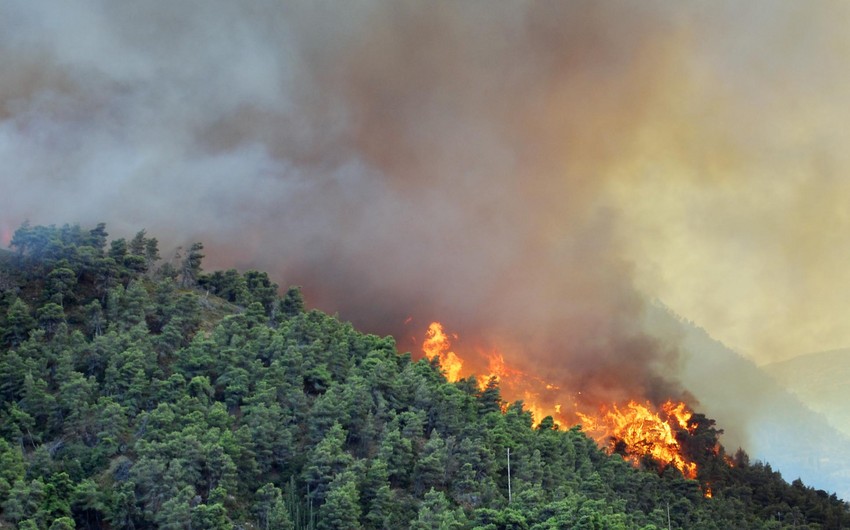 Fires in the highlands of Guba, Shabran and Gabala

On August 16, fires broke out in the mountain forests of the Guba and Shabran regions, said the spokeswoman for the Ministry of Ecology Irada Ibrahimova, according to Azerbaijan in Focus, reporting Turan News.

Currently, local structures of the Ministry of Ecology, and employees of the Fire Protection Ministry of Emergency Situations are taking measures to extinguish fires and prevent the spread of fire.

In turn, the Ministry of Emergency Situations, in its appeal to the population, notes that the cause of forest fires is the careless and irresponsible behavior of people, the burning of mowed fields, and non-compliance with fire safety rules during economic activities or recreation.

A record number of fire calls was recorded over the past day – 109, including 47 – in the north-western and northern regions of the country. The fire covered about 500 hectares of mowed fields, dry grass, shrubs and forests, the Ministry of Emergency Situations notes.

Hot and windy weather makes it difficult to extinguish fires that broke out on August 15 in high-mountain forests near the villages of Abrikh and Tikanly in the Gabala region.