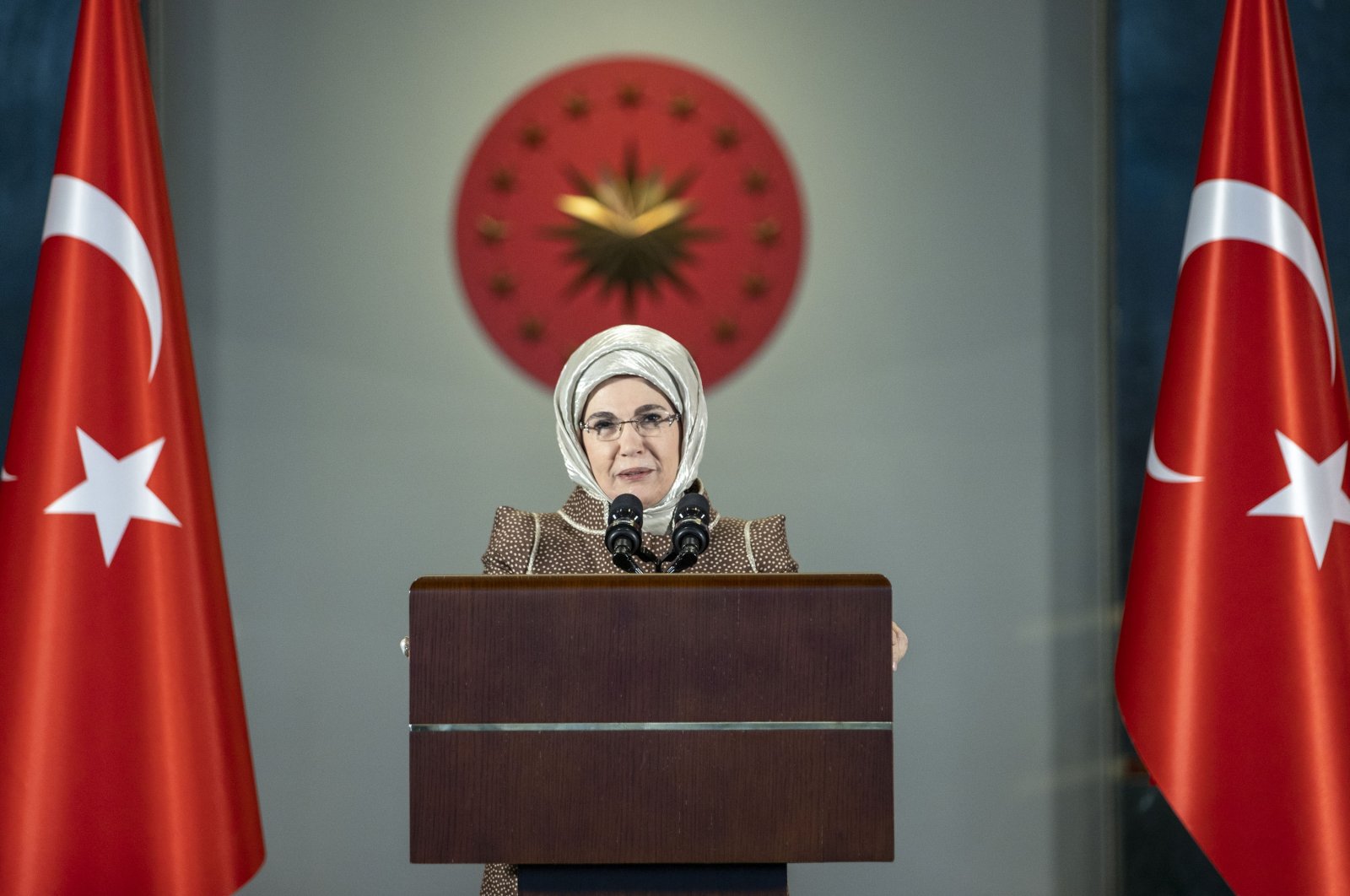 Turkey’s first lady said Wednesday that people do not take seriously that water could run out and highlighted that the public does not fully grasp why nature needs to be protected.

Emine Erdoğan told Recycling Industry Magazine that within 36 months with the Zero Waste Project, 234 kilograms (about 517 pounds) of recyclable waste was collected at the Presidential Complex while 25,572 kilograms of greenhouse gas emissions were prevented and 850,476 kilowatt-hours of energy and 3,083 cubic meters of water were saved.

Noting that a change in mindset began to emerge after the Industrial Revolution, Erdoğan said that the presumption that man is the master of nature is reflected in all production activities and consumption systems.

The first lady said children grow up without having established a relationship with nature and therefore as adults do not understand why they must stop destroying nature.

“We do not think where the garbage goes or whether it is destroyed or not. When we do not feel deeply saddened over a dried lake or a forest that has been burned down, we can use plastic from plenty of sources. We can throw that plastic into the seas. Because nature’s slow and painful death is happening somewhere far from us,” she said.

Erdoğan emphasized that in order to spread an environmentally friendly way of living, people must feel a sense of responsibility and that this must be instilled through children’s education.

The first lady said that the separation of 110,135 kilograms of paper waste at its source and the protection of 1,872 adult trees will meet the oxygen needs of 3,744 people.

She stressed that surplus production took away people’s ability to repair things, making them lazy.

“We buy a new one rather than repair it. We do not think that we increase our carbon footprint with every new item we buy,” she said.

In addition, Erdoğan said that 2,720 liters of water is required to produce one cotton T-shirt and noted that the textile sector is one of the industries that most contributes to the pollution of the environment.

This article originally appeared in DAILY SABAH on 11 March 2021.