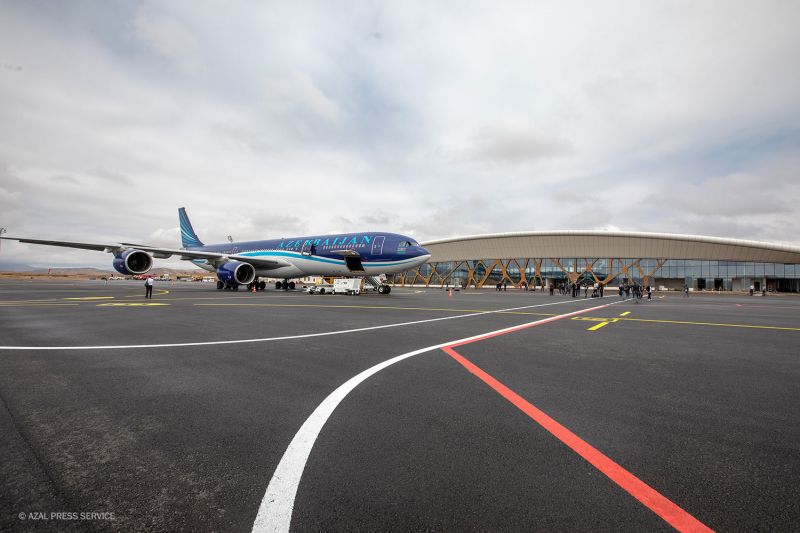 Fizuli airport was given international status

Fizuli airport has got an international status – a relevant order has been signed by Prime Minister Ali Asadov, according to Azerbaijan in Focus, reporting Turan News, referring to the national airline, AZAL.

Thus, the airport in Fizuli has been opened for international flights. The opening will contribute to the development of the tourist potential of Karabakh.

A decision on granting the international status was obtained upon completion of all construction-assembly works in the Fuzuli airshaft.

In addition, Fuzuli airport was given a three-letter code of the International Air Transport Association (IATA) consisting of letters of the Latin alphabet – FZL. The assigned individual code is associated with the name of the town where the airport is located – Fizuli.

It should be noted that the IATA airport codes are important for passenger transportation; they are used by airlines, ticketing agencies, international ticket reservation systems, etc.

The Fizuli airport was previously assigned and approved with the International Civil Aviation Organization (ICAO) code – UBBF.
Also, the airport was built in accordance with the highest international standards and norms, it can accept any type of aircraft. The first test flight was made in Fuzuli on the 5th of September and the biggest passenger aircraft AZAL – Airbus A340-500 landed here.

A 3,000 meters long and 60 meters wide runway has been put into operation at the airport; it is fully equipped with instrument landing and navigation systems, lighting, primary and secondary radar systems to ensure flight safety in accordance with all ICAO requirements.

The apron area is 60 thn square meters, it is designed for parking of 8 aircraft.
The construction of the air traffic control tower equipped with automated systems is over. This will make it possible to begin flights in Fizuli airport to comply with ICAO and IATA standards.

Also, on the instructions of the head of state, the construction of international airports in Zangilan and Lachin regions is ongoing.

In addition to Fizuli airport, six other international airports have been built and are currently operating in Azerbaijan – in Baku (GYD), Ganja (GNJ), Nakhchivan (NAJ), Gabala (GBB), Lankaran (LLK) and Zagatala (ZTU). In addition to the mentioned airports in Azerbaijan, the airport in Yevlakh and a base of ASG Helicopter Services (ZXT) in the Absheron settlement of Zabrat provide aviation services.