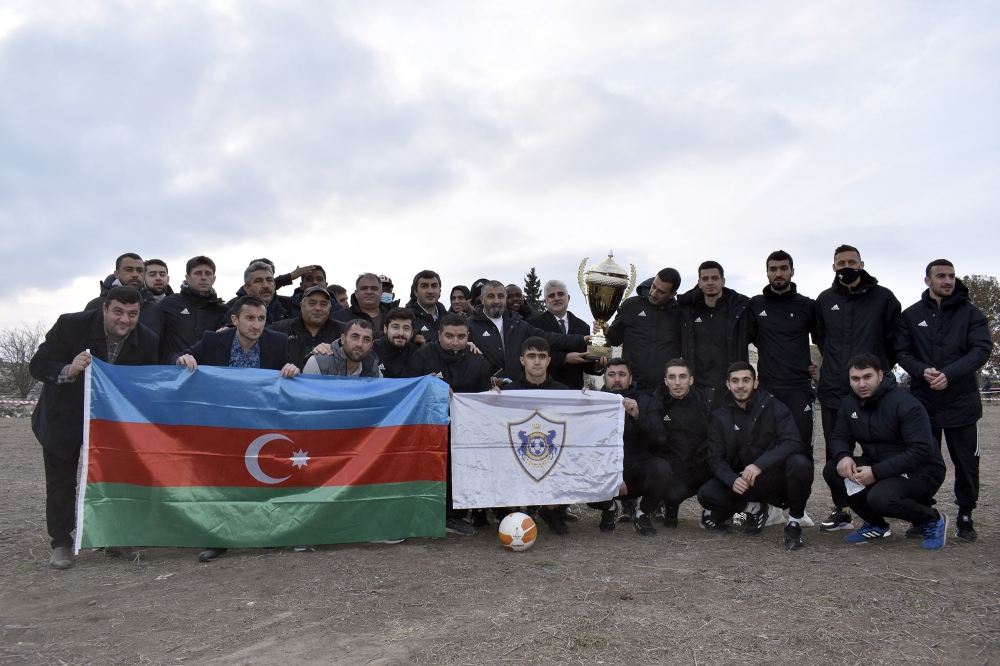 After 27 years, Azerbaijani football club FK Qarabag have played on their home turf in Aghdam, according to ‘Azerbaijan in Focus’ reporting AzerTag. Their home city was recently liberated from illegal Armenian occupation.

Tahir Gozel, Chairman, FK Qarabag, Gurban Gurbanov, Manager and the current FK Qarabag players initially offered prayers of thanks at Aghdam Mosque. They then made an emotional visit to the remains of their former stadium, played football on the pitch, and lifted their championship trophy in a symbolic victory. FK Qarabag won the 2020 Azerbaijani Premier League title in June 2020.

The team also paid their respects to Allahverdi Baghirov, a National Hero of Azerbaijan and former Head Coach of FK Qarabag, who was killed by an Armenian anti-tank mine in 1992 and is buried in a graveyard in the city.