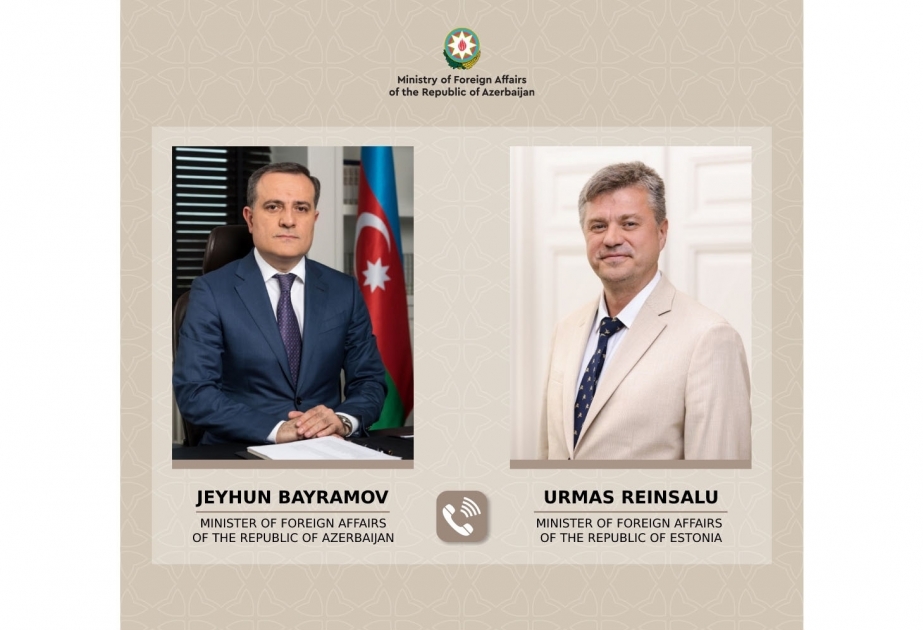 Azerbaijan’s Minister of Foreign Affairs Jeyhun Bayramov has held a telephone conversation with his Estonian counterpart Urmas Reinsalu, according to Azerbaijan in Focus, reporting AzerTac.

During the phone conversation, the FMs discussed current developments in the region, as well as topical issues on the bilateral cooperation agenda.

Minister Jeyhun Bayramov pointed out that Azerbaijan put forward a number of initiatives to restore relations with Armenia, including proposals for a peace agreement, but the process was hampered by Armenia. As examples of “gross violations” of the November 10, 2020 trilateral statement, he cited the presence of Armenian armed units on Azerbaijan’s territory, illegal entry of citizens of third states into the territory of Azerbaijan through the Lachin road that is intended only for humanitarian purposes, and mine threats from Armenia.

He also informed about the illegal exploitation of natural resources of Azerbaijan, which lasted for about 30 years of occupation and intensified in recent years, noting Azerbaijani civil society protests against it in the Lachin corridor.

FM Bayramov informed that the claims of Armenian residents about the ‘blockade’ of the Lachin road as a result of the closure of the Azerbaijani side, and the creation of a ‘humanitarian catastrophe’ in the region are completely unfounded, and vehicles using the road freely. He added that obstacles to the use of the road are created by people who introduced themselves as “the leaders of local Armenians”.

The sides also exchanged views on other regional and bilateral issues of mutual interest.