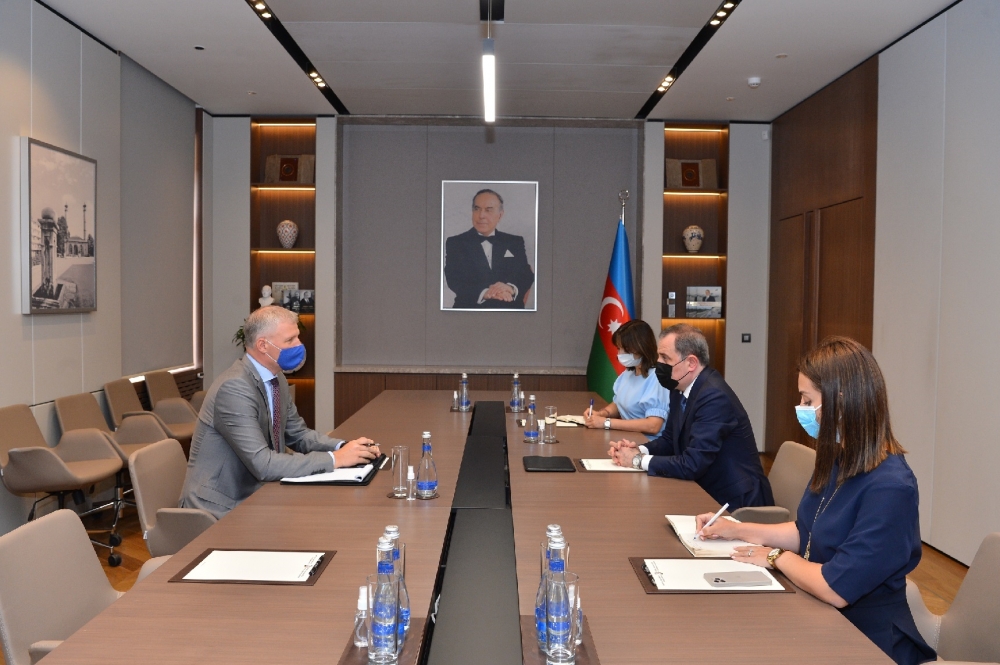 FM Bayramov meets with head of EU delegation to Azerbaijan

Azerbaijan Foreign Minister Jeyhun Bayramov has met with head of the EU Delegation to Azerbaijan, Ambassador Kestutis Jankauskas on the occasion of the completion of his diplomatic mission in the country, according to Azerbaijan in Focus, reporting AzerTac.

Minister Jeyhun Bayramov praised Ambassador Kestutis Jankauskas’ professional, purposeful and successful work during his tenure as EU representative in Azerbaijan and thanked him for his contribution to the development of relations between the country and the EU.

Ambassador Kestutis Jankauskas thanked for the support provided to him during his tenure. He noted that the EU is interested in the development of the region in peace and friendship. He stressed the importance of taking advantage of new opportunities for cooperation in the EU-Azerbaijan partnership.

The sides also exchanged views on the latest developments in the EU, including high-level visits to Azerbaijan over the past month, as well as prospects for cooperation, preparations for the upcoming summit of the Eastern Partnership countries and other issues.