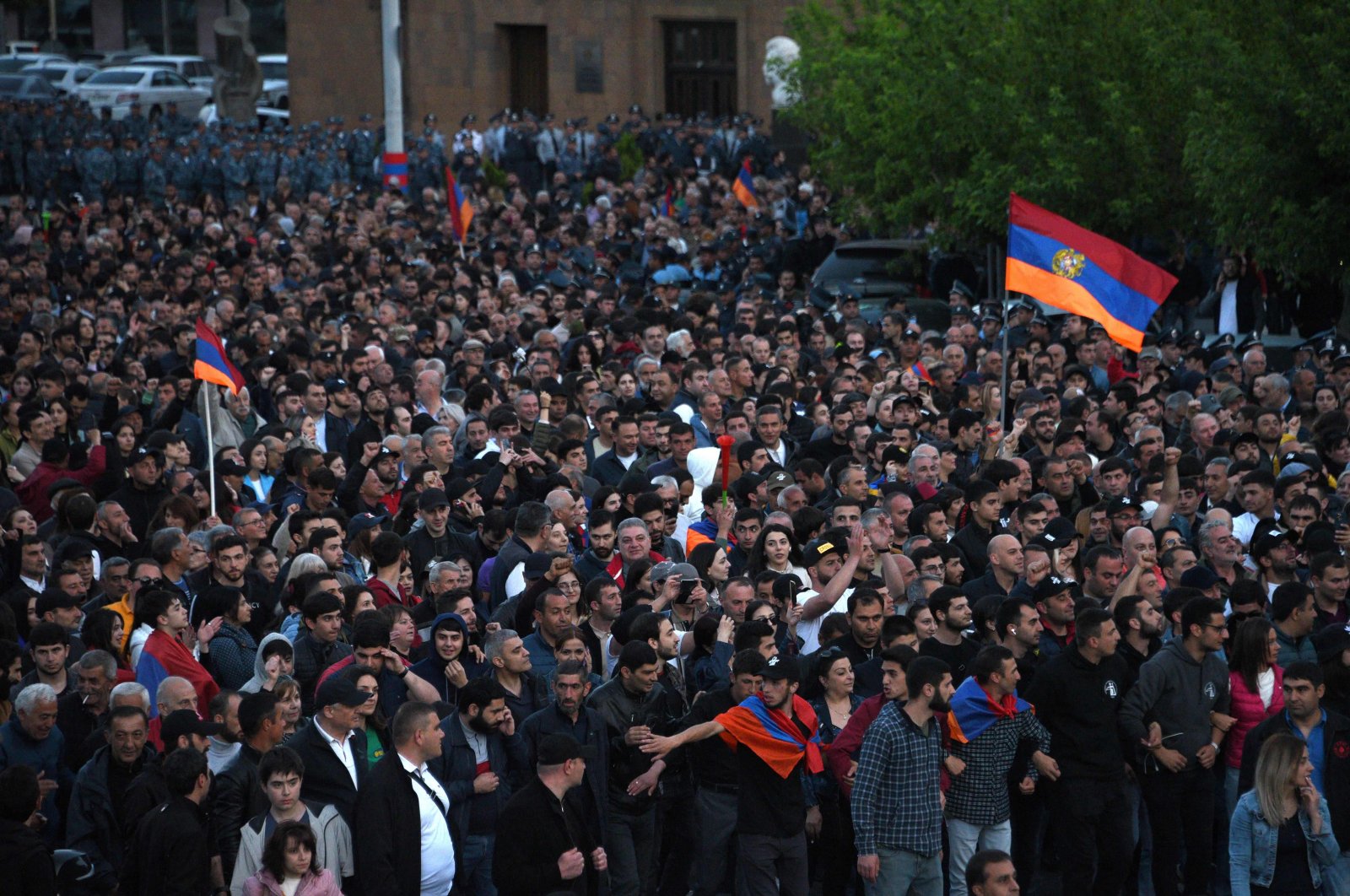 The Armenian administration is under pressure by radicals within the country as well as the diaspora outside, Foreign Minister Mevlüt Çavuşoğlu said on Thursday, speaking on Yerevan and Baku’s attempts to normalize relations and possible peace deal, according to Azerbaijan in Focus, reporting Daily Sabah.

Following a U.N. global forum on migration, Çavuşoğlu underlined that Azerbaijan has displayed a will for peace and stability in the region after its victory and reminded that it proposed to Armenia a comprehensive peace agreement.

He said that Turkey supported the talks between Armenia and Azerbaijan and described it as a positive development.

“We always state that Armenia now must respond to these well-intentioned approaches and we do encourage these. We see that the Armenian administration is under pressure by radicals within the country as well as the diaspora outside.”

Police in Armenia arrested hundreds of protesters on Wednesday as opposition supporters sought to spread their monthlong anti-government demonstrations throughout Yerevan.

Yerevan has been gripped by anti-government protests since mid-April, with opposition parties demanding Prime Minister Nikol Pashinyan’s resignation over his handling of a territorial dispute with Azerbaijan.

The pact was seen in Armenia as a national humiliation and sparked weeks of anti-government protests, leading Pashinyan to call snap parliamentary polls which his party, Civil Contract, won last September.

Relations between the former Soviet republics of Armenia and Azerbaijan have been tense since 1991 when the Armenian military occupied Karabakh, a territory internationally recognized as part of Azerbaijan, and seven adjacent regions.

In January 2021, the leaders of Russia, Azerbaijan and Armenia signed a pact to develop economic ties and infrastructure to benefit the entire region. It also included the establishment of a trilateral working group in Karabakh.