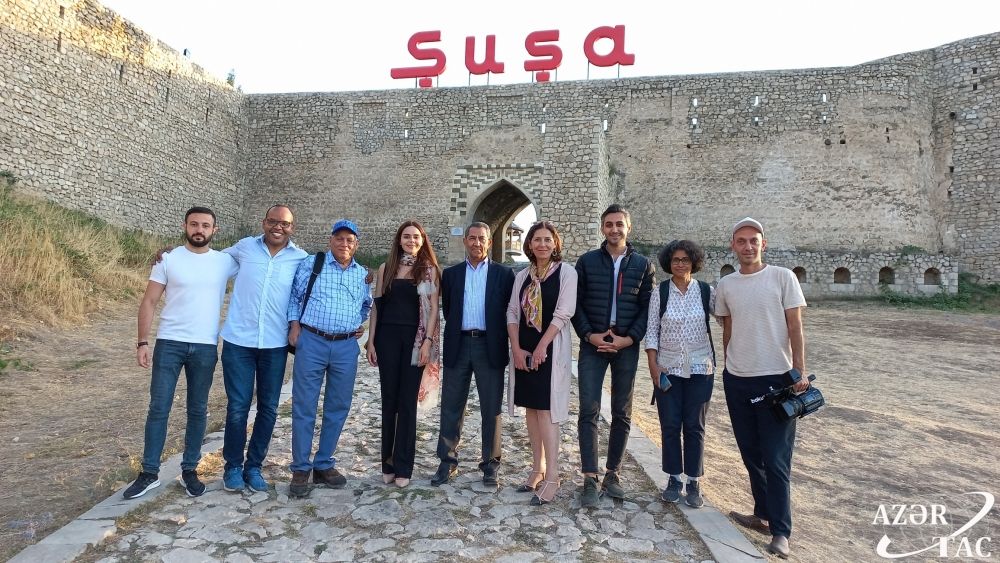 Foreign media representatives accredited to the UN have visited liberated Shusha city following their trip to Agdam and Fuzuli districts, according to Azerbaijan in Focus, reporting Azernews.

A representative of the Shusha City State Reserve Department briefed the visitors about the city, its status during the occupation, and the rehabilitation work underway. He said that historical buildings, mosques, and monuments in Shusha were subjected to Armenian vandalism during the nearly 30-year occupation.

Following the liberation of Shusha from occupation, large-scale reconstruction projects were initiated. In addition to infrastructure work, restoration of the city’s genuine historical face, as well as historical and cultural landmarks, has started, he added.

The visitors became acquainted with the city center’s famous statues of well-known Azerbaijani public icons Natavan, Bulbul, and Uzeyir Hajibeyli. During the occupation, Armenians intended to transport the statues to Armenia and sell the materials by melting them down. However, they were purchased from Armenia and transported to Azerbaijan before being returned to their rightful places upon Shusha’s liberation.

The delegation next visited Khurshidbanu Natavan’s residence, the Khan Gizi spring, and the city walls. The delegation was given information on the history of Shusha and the construction of the castle walls.

The stronghold, erected by Karabakh ruler Panahali Khan, was said to have shielded the city from foreign invaders for a long time and served as a symbol of invincibility. The castle walls were vandalized by Armenians during the occupation and again were restored following the liberation of Shusha.

Historical-architectural buildings in ancient neighborhoods, including mosques, were subjected to Armenian vandalism. The guests were also briefed about the restoration work carried out in the 19th-century Shirinsu bathhouse and the house of Sadigcan – a famous Azerbaijani musician.

Finally, the group arrived at the Jidir plain and gazed out at the fascinating vista that unfolded from there. The visitors also tripped to Zangilan District.