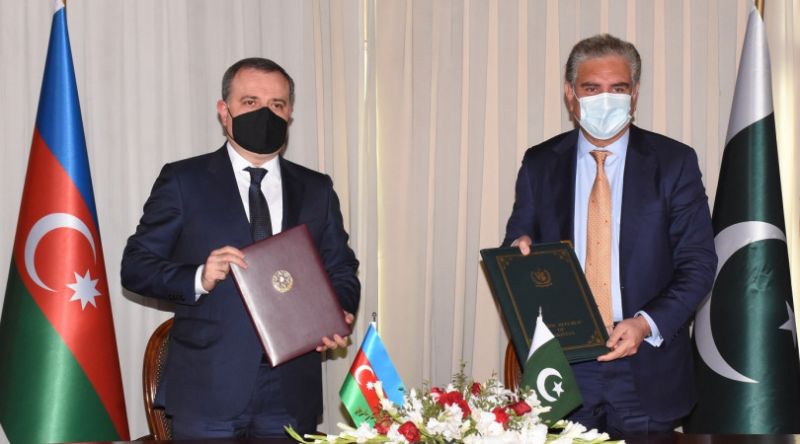 Foreign Ministers of Azerbaijan and Pakistan Signed Agreement on Cooperation

On January 14, within the framework of the official visit of the Azerbaijani Foreign Minister to Pakistan, an agreement on cooperation was signed between the foreign ministries of the two countries, according to Azerbaijan in Focus, reporting Turan News.

During the meeting Jeyhun Bayramov and Mahdum Shah Qureshi noted the high level of bilateral relations, and unequivocal support by Pakistan to Azerbaijan during the Second Karabakh War.

A readiness was expressed to continue relations in all areas, both in a bilateral format and within the framework of international organizations.
Following the meeting, the ministers signed an agreement on cooperation between the Government of Azerbaijan and Pakistan in the field of prevention and elimination of emergency.