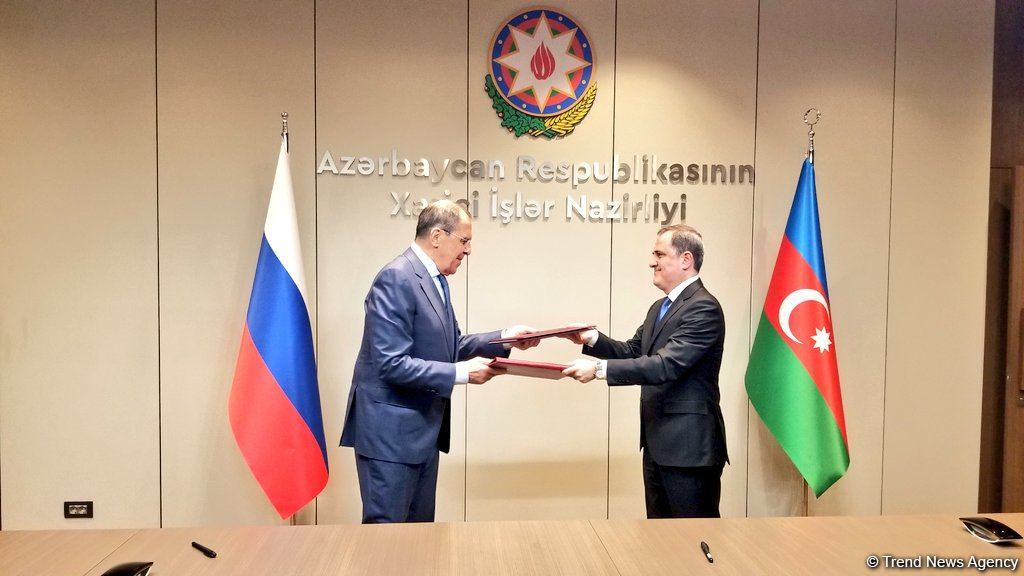 Foreign Ministries of Azerbaijan and Russia have signed a plan of consultations for 2021-2022, Azerbaijani Foreign Minister Jeyhun Bayramov said, according to Azerbaijan in Focus, reporting Trend News.

Bayramov made the remark during a press conference with Russian Foreign Minister Sergei Lavrov.

The Azerbaijani FM noted that the relations between Azerbaijan and Russia are of a strategic nature.

“Currently, the countries have signed more than 230 agreements in various sectors. This process is still in development between various structures, ministries, and other structures,” Bayramov said.

During the press conference, the minister also noted that the treaty on friendship and strategic partnership, state border, and etc. are among the fundamental treaties.