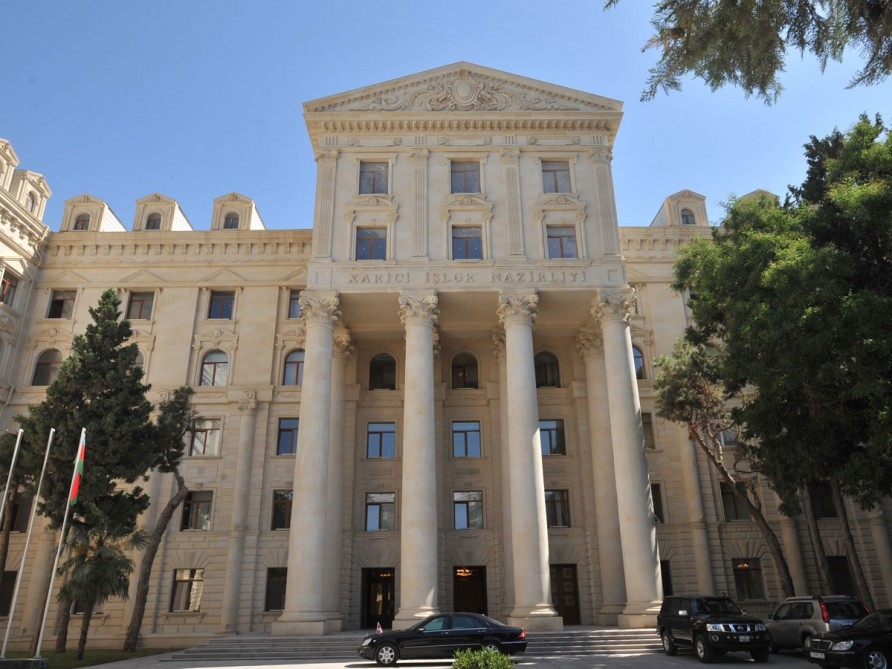 “Attacks by Armenian communities in foreign countries against the buildings of Azerbaijan’s diplomatic missions in recent days are causing serious concern,” noted the press service of Azerbaijan’s Ministry of Foreign Affairs, according to Azerbaijan in Focus, reporting AzerTac.

“These attacks, containing elements of vandalism and terror, are aimed at injuring diplomats and their property, which is why they are construed as criminal acts.

We strongly condemn the criminal acts of radical Armenian groups and expect the institutions of respective countries responsible for preventing such provocations to treat their duties responsibly.

The Azerbaijani side demands that the acts of vandalism committed by radical Armenian forces be investigated by law enforcement agencies of relevant states and a legal assessment be given to the actions of perpetrators of these crimes.

We recall that in accordance with the 1961 Vienna Convention on Diplomatic Relations, it is the special duty of the receiving state to protect the diplomatic mission from all kinds of attacks and damage and to take necessary measures to prevent the breach of peace or insult to the honor of the mission,” the ministry noted.