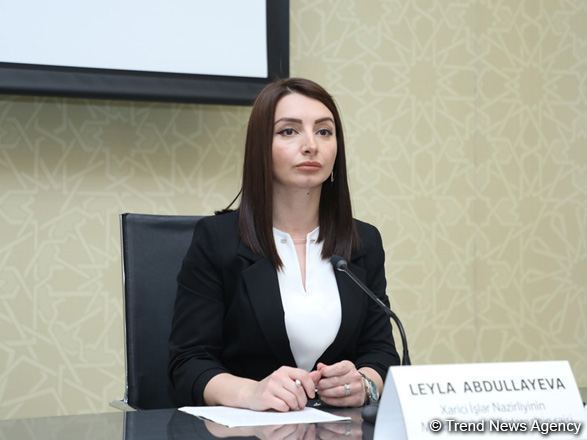 Foreign Ministry: Unreasonable To Talk About Visa-free Regime Between Azerbaijan and Armenia

A spokesperson for the Azerbaijani Foreign Ministry Leyla Abdullayeva clarified the issue related to the visas between Azerbaijan and Armenia, according to Azerbaijan in Focus, reporting Trend News.

“First of all, it is important to establish diplomatic relations between the countries to talk about visits of citizens and visa-free regime between Azerbaijan and Armenia. And to establish diplomatic relations, it is necessary to mutually recognize and respect sovereignty and territorial integrity, inviolability of borders,” the spokesperson added.

“An international agreement on the regulation of trips has not been signed between the two countries,” Abdullayeva added. “So, at this stage, it is unreasonable to talk about a mutual visa-free regime.”

A complete ceasefire and a cessation of all hostilities in the zone of the Nagorno-Karabakh conflict was introduced on Nov. 10, 2020.

Armenian Armed Forces launched a large-scale military attack on positions of the Azerbaijani army on the front line, using large-caliber weapons, mortars, and artillery on September 27. Azerbaijan responded with a counter-offensive along the entire front.