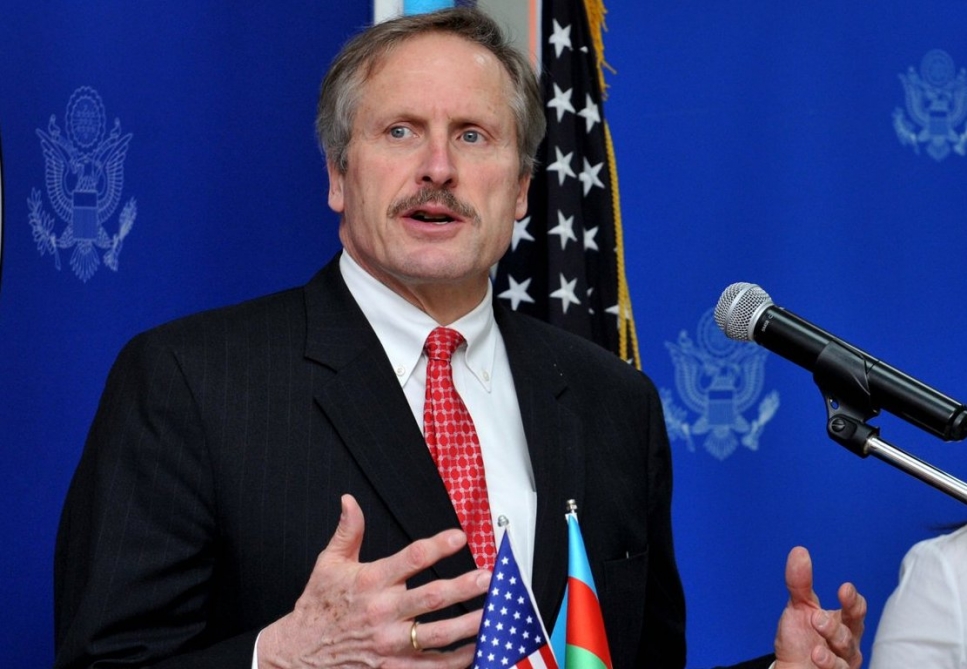 “Called ‘a tremendous, audacious, and complicated project,’ the Southern Gas Corridor strengthens the energy security of European countries and thus their sovereignty and the well-being of their citizens,” said Former US Ambassador to Azerbaijan, Energy and Economy Program Chair of the Caspian Policy Centre Robert F. Cekuta.

“Its successful completion in 2020 shows what a persistent, if disparate, group of governments working in tandem with accomplished private sector partners can produce.

“Certainly, Washington and other capitals, as well as the businesses and financial institutions that translated the project from national policies and diplomatic initiatives into drilling platforms and thousands of miles of pipes, are entitled to celebrate what they accomplished. However, there are new chapters ahead. Even as European and other countries look to slash greenhouse gas emissions to fight the climate crisis, the need for gas as a cleaner fuel will continue. Natural gas will be a necessary part of the transition to a lower-carbon future,” he mentioned.

“The Southern Gas Corridor (SGC) proves the point that energy policy is more than BTUs, miles of pipelines or electrical transmission systems, or numbers of barrels of oil and cubic meters of natural gas produced. Assured, safe energy supplies are essential, whether for a household or a business.

“Energy is basic to the security, prosperity, and sovereignty of countries, a point the United States has learned and has acted upon in its support of other countries’ energy security over the decades. This realisation has certainly been a long-standing factor in U.S. diplomatic engagement with Azerbaijan, the European Union, Turkey, Ukraine, and others. Recognising that a gas pipeline can either be a leash some powers use to constrain a country’s freedom to act, or that a pipeline can be a corridor for cooperation and support, both Republican and Democratic administrations worked to realise the Baku-Tbilisi-Ceyhan oil pipeline, the Southern Gas Corridor, and other efforts to increase and diversify energy supplies.

“That said, governments’ political and diplomatic muscle is not enough to realise a successful pipeline or other energy project. To succeed, an energy project has to make commercial sense.

“The Southern Gas Corridor was launched and realised through a strong partnership between governments and companies. By one count, as many as 17 financial institutions were involved in financing the Southern Gas Corridor. As a senior BP executive recently noted, the SGC succeeded because there was a real business case for it as well as political engagement. Companies brought top-notch technical expertise to meet the project’s tough, novel engineering challenges. There were clear goals and clear commitment to those goals. There were strong partnerships among the energy companies and suppliers involved in the project as well as good communications and strong partnerships between those firms and the governments. Among the results of this strong cooperation and engagement between governments and companies, drive for technical excellence, and sound business practices is that rather than the $40-$45 billion, was expected to cost, even given the project’s complexity, the total cost of the project is reportedly under $33 billion.

“Completion of the Southern Gas Corridor can enable further steps to boost European, and thus global, energy security. As noted in a program the Caspian Policy Centre hosted January 27, 2021, in addition to supplying Italy, Greece, Turkey and the other original SGC partners with gas, the new Trans Adriatic Pipeline linking Bulgaria with Greece brings to Bulgaria SGC gas.

“The system can be expanded further. The next phase could reach additional markets in Albania and the western Balkans. It can facilitate Turkey’s plans for Energy Exchange Istanbul, a futures market it wants to be established in 2021. There is thought the TANAP (Trans Anatolian Pipeline) leg of the SGC could help carry gas from the Eastern Mediterranean and so further Turkey’s efforts to make itself an energy hub. Experts credit the SGC’s completion with helping create conditions for the January 2021 agreement between Azerbaijan and Turkmenistan that ended a years-long bilateral dispute to allow for oil and gas production in the Caspian Sea’s Dostluq field.”

“The completed Southern Gas Corridor could also provide a means to export gas from Turkmenistan westward, following construction of a gas pipeline across the Caspian. Currently Turkmenistan exports pipeline gas to only one customer, China, and sold to the Chinese gas worth only $6 billion in 2020. Possessing one the world’s largest natural gas deposits, Turkmenistan could sell significantly larger amounts to new markets. Suppliers, like customers, benefit from a diversity of partners. The bottom line: the start of commercial operations in the final leg of the project on December 31, 2020 may mark the completion of the Southern Gas Corridor project, but it also puts in place an important model of what governments can accomplish in partnership with the private sector. It establishes as well a basis for further engagement with the Caspian region to boost energy security and address changing international energy needs,” Robert Cekuta emphasised.

This article originally appeared in AzerTac on 11 Feb 2021.