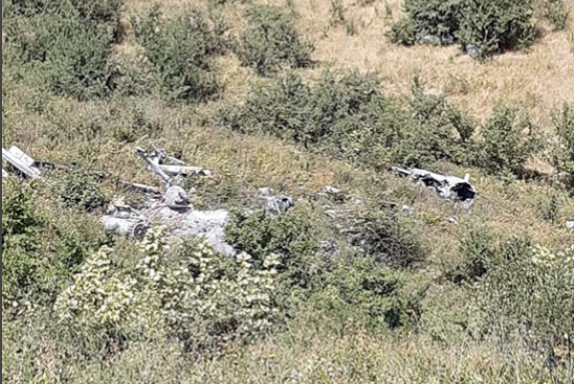 Fragments of helicopter of Armenian Armed Forces found in Khojavend

The remains of the “MI-8” helicopter belonging to the Armed Forces of Armenia were discovered today in Tugh village of Khojavend region, according to Azerbaijan in Focus, reporting Turan News, referring to the information of the Ministry of Defense of Azerbaijan.

As a result of the investigations, it was determined that those remains are the “MI-8” helicopter belonging to the Armed Forces of Armenia, which was shot down with its crew by units of the Azerbaijan Air Force in the direction of Tugh village of Khojavand district on October 18, 2020 during the Patriotic War.