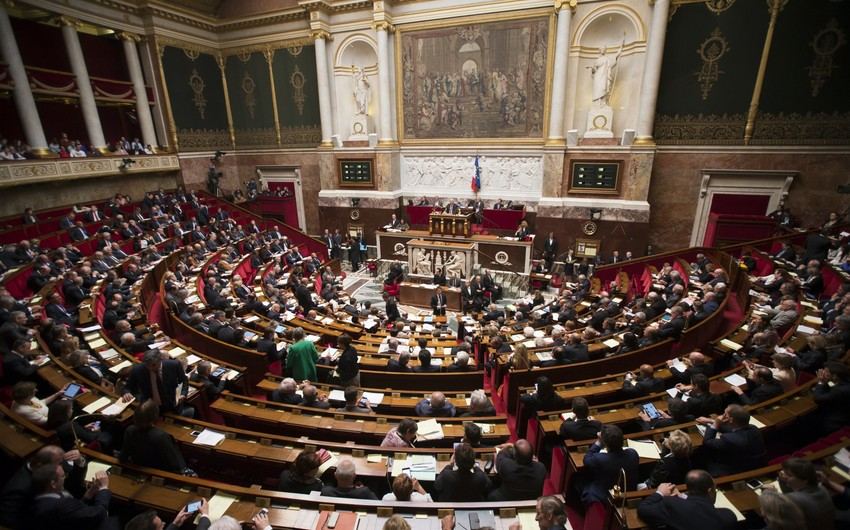 The National Assembly, the lower house of the French Parliament, has unanimously adopted a biased resolution demanding “to stop Azerbaijan’s aggression against Armenia”, according to Azerbaijan in Focus, reporting Trend News Agency.

The resolution has been voted in favor by 256 MPs, while zero voted against it. The co-authors of the draft resolution are the MPs of the Renaissance party of French President Emmanuel Macron.

It is pretty obvious that France, being a country with a tarnished history, supports Armenia, while trying to secure its interests in the region through the defeated country.

During the Second Karabakh War, and through 30 years of negotiations, France’s biased position was evident – the country had no interest in resolving the conflict whatsoever.

Commenting on France’s biased position towards Azerbaijan, Farid Shafiyev, Chairman of the Board of the Center for Analysis of International Relations, said that France has already nullified its role as a mediator between Azerbaijan and Armenia.

“The document adopted by the lower house of the French parliament is another biased resolution. However, this document is of no practical significance. In this situation, the French Government will not impose any sanctions against Azerbaijan,” he explained.

Shafiyev also noted that France has been speaking out against Azerbaijan using various international platforms, but this biased policy of the country has no particular result.

With such a biased position, France harms its reputation, especially the reputation in our region, he added.

The resolution adopted earlier, and the pressure policy on Azerbaijan pursued by France, do not bring any results. France is considering the possibility of increasing pressure on Azerbaijan by adopting this document. However, no French resolution can affect the determination of Azerbaijani President Ilham Aliyev and the will of the Azerbaijani people.

France, with its stained reputation in the international arena, and with its bloody history, proves once again that it cannot mediate in any peace process between Azerbaijan and Armenia. In the end, the French, hiding behind so-called high values, are pursuing their interests.