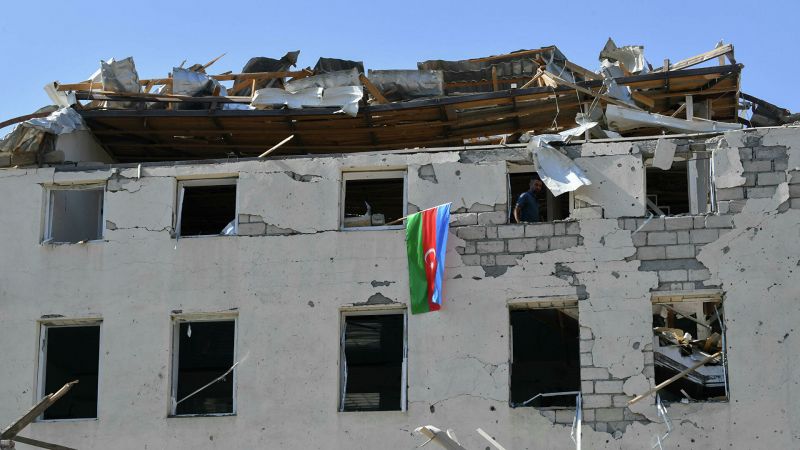 On November 18, the French Senate decided to initiate a vote on November 25 of a provocative draft resolution On the need to recognise the Nagorno-Karabakh Republic, simultaneously with similar calls from the Paris City Council, according to ‘Azerbaijan in Focus’, reporting Turan News.

For 26 years, France failed to adequately perform its duty as an OSCE Minsk Group Co-Chair, tasked with determining a negotiated peace to the Armenian–Azerbaijani Nagorno-Karabakh conflict, and is now indicating its desire to further reignite the war over Karabakh. Even if these documents are adopted in France, they will not be legally binding. Nevertheless, all the political and diplomatic capabilities of Azerbaijan must be mobilised to combat them.

Arif Hajili, Chairman of Musavat, the oppositional Azerbaijani party, wrote on the Caucasian Knot website of his party’s intention to thwart the intentions of the French. He commented: “The main element is the recognition of Karabakh by Armenia itself, and not by France. Previously, no country was more pro-Karabakh-Armenian than Armenia. But, following the November defeat, Armenia does not have the slightest chance of recognising this independence, and Pashinyan is not making any provocative statements in this regard.”

Turan interviewed Azerbaijani politicians and political scientists. Zaur Mammadov, a lecturer at the Institute of Political Management under the Azerbaijani President, commented: “If the French make such a decision, it could become a precedent for other countries. In response, Azerbaijanis can boycott French goods, remove the French company Total from Azerbaijan and recall our Ambassador from Paris.” The expert also reminded readers that the decisions of the French Senate are not binding on the government of this country.

Rovshan Ibrahimov, a Professor at the Hankuk University of South Korea for Foreign Studies, stated to Turan: “France, as an OSCE Minsk Group co-chair, has a duty to be neutral. If they recognise Nagorno-Karabakh as a state, it will be a paradox; the actions of Paris will be incomprehensible not only to Azerbaijan, but also to the entire European community, since France represents all of Europe in the OSCE Minsk Group.

“France has economic interests in Azerbaijan in various fields. The Total company is involved in energy, and France is present in the Azerbaijani aerospace, transportation, and hospitality sectors. A joint French–Azerbaijani University is operational. All this could collapse. France’s political relations with Russia, Azerbaijan and Turkey will suffer. Baku can respond by recognising the independence of Corsica, Brittany and South Carolina from France.”

In an interview with Turan, Asim Mollazade, MP, Milli Malis (Azerbaijani Parliament) stated that the role of France in the Karabakh negotiation process was negligible, since the Azerbaijani army itself enforced the four UN Security Council resolutions and the Madrid Principles. Furthermore, any decisions in France have no legal force and minimal political significance. He expanded: “The actions of the French leaders harm this country and dishonour France and the whole of Europe, in which this country plays a significant role.” He went on to accuse President Macron of inciting Islamophobia, racism and anti-Semitism, which led 60,000 Jews to leave France.

He spoke about the corrupt dependence of the French leadership on Franco-Armenian wealth. Mr Mollazade concluded: “Macron’s actions cast doubt on democratic values in his country and Europe, as they cannot prevent Azerbaijan from solving its national tasks.”

On November 20, a protest action involving members of numerous Azerbaijani public organisations was held in front of the French Embassy in Baku. This took place without incident and the police did not intervene.

In Azerbaijan, there are increasing calls to reduce or completely sever all economic and diplomatic ties with France, due to the open support of Paris for the illegal Armenian occupation. Earlier, President Aliyev warned that Azerbaijan would cut diplomatic relations with any country that recognises the independence of Nagorno-Karabakh.