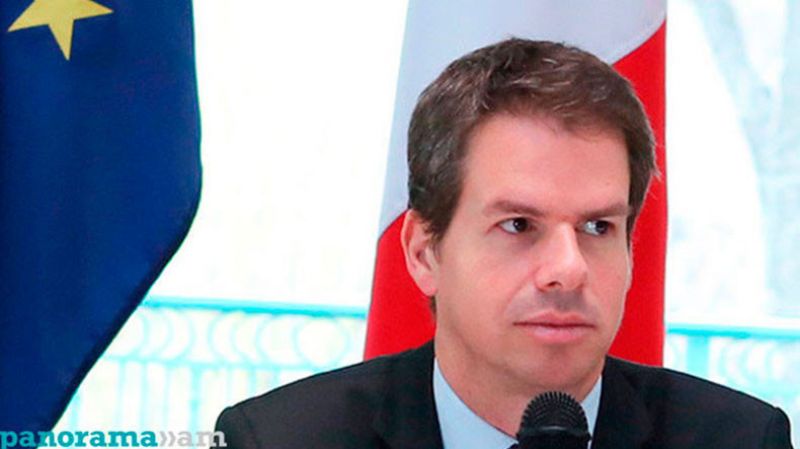 The Ambassador of France to Yerevan John Lakot made further statements that could provoke a new wave of tension between Baku and Paris, according to Azerbaijan in Focus, reporting Turan News.

When asked when the French President will visit Armenia, the ambassador said that the visit would take place “when it is most useful. A useful moment is when it will help to advance the political process in the region, help Armenia and Azerbaijan to make progress on problematic issues. Thus, the dates and parameters of the visit will be determined in accordance with this goal,” the ambassador said.

He also noted that the visit would be regional. “It will be logical if President Macron speaks with all the leaders of the region. We have the opportunity to talk with all parties, ensure the role of mediator, promote the political process between Armenia and Azerbaijan,” he said.

When asked what the refusal of the ambassadors of the United States, Russia, France and Great Britain to visit Shusha on July 9-10 meant, the ambassador replied, “The status of Nagorno-Karabakh should be determined through negotiations within the framework of the OSCE Minsk Group. Until this status has been determined, neither the French ambassador to Baku, nor the French ambassador to Yerevan can visit Karabakh. In Baku, my colleague does not visit Shusha, just as I do not visit Stepanakert. This position is occupied by the three co-chairing countries of the Minsk Group. Meanwhile, France is a supporter of a broader international presence in Karabakh. Now only the International Committee of the Red Cross is present there. We believe that UN agencies are also called upon to be present in Nagorno-Karabakh.”