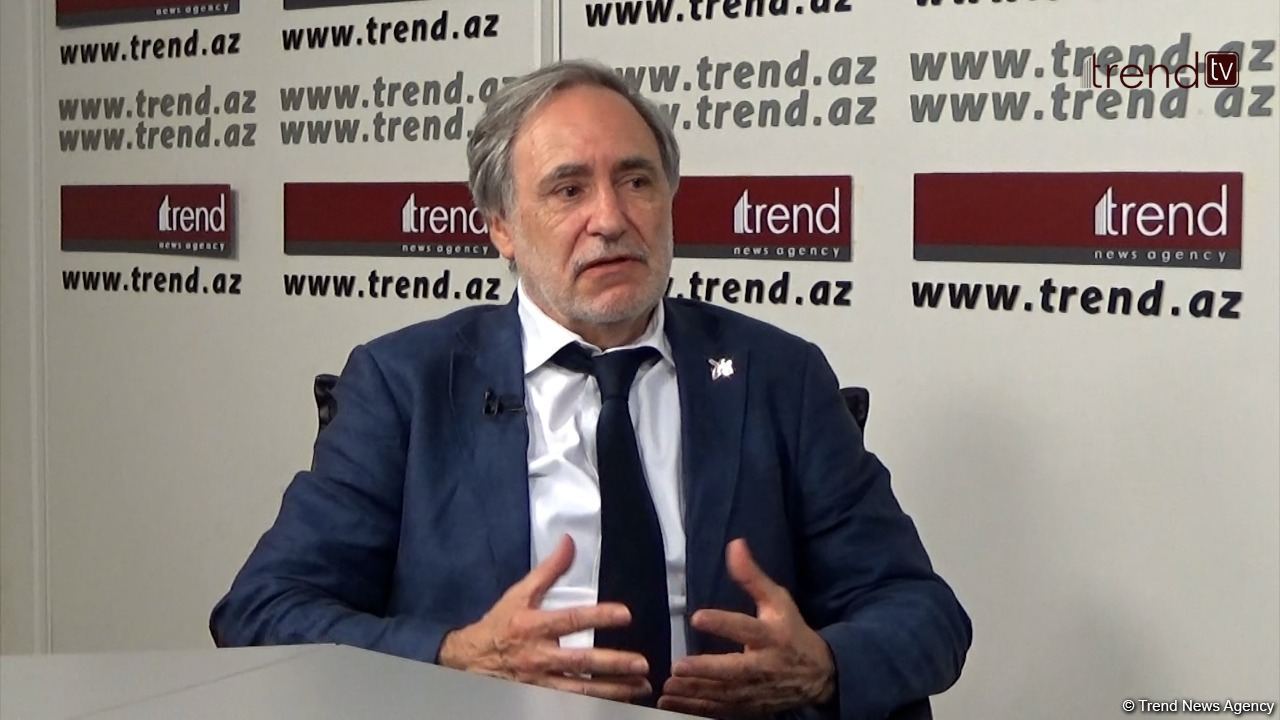 French ‘Musulmans en France’ news portal (www.musulmansenfrance.fr) published an article about the organization of attacks by Armenian radicals on the diplomatic missions of Azerbaijan located in foreign countries after the defeat of Armenia in the 2020 Second Karabakh War and its fiasco in the latest clashes on the border with Azerbaijan by Chief Executive Director of the Lagazetteaz.fr online newspaper, Jean-Michel Brun, according to Azerbaijan in Focus, reporting Trend News.

According to the article, the Azerbaijani embassies in a number of countries have become the target of Armenian radicals.

The author noted with regret that the ‘Charjoum’ extremist movement shouts slogans against Türkiye and Azerbaijan every night.

“The reason for this is that after the end of the Karabakh war, the Armenians began to present themselves as victims of Azerbaijan. Behind all this, as everyone knows, is the media policy of Armenia, which relies on the very strong support from nearly 700,000 members of the diaspora in France, and fills the editorial offices with press releases, monopolizes the publication of Wikipedia content related to the region, and involves political leaders in their dirty deeds. Namely so this country managed to make the nationalist views of the Armenian extremists be accepted as the truth,” the author pointed out.

The French journalist also added that the Armenian activists came together after the first terrorist attacks organized by the ‘Armenian Secret Army for the Liberation of Armenia’ (ASALA) in Paris 40 years ago.

“Even ASALA spokesperson Jean-Marc Ara Toranyan established close relations with many French MPs during the past period and became quite close to the Elysee Palace. They don’t even hesitate to represent some participants of the Nazi movement which existed during the Second World War as the heroes of Armenia,” the author noted.

The article also reminded that the conflict between Armenia and Azerbaijan in the 1990s led to the occupation of almost 20 percent of Azerbaijan’s territories.

“Every tenth Azerbaijani was forced to leave their native territories, and the number of refugees and internally displaced persons exceeded one million people. Over 750,000 Azerbaijanis were expelled from Karabakh and surrounding areas, and 250,000 Azerbaijanis – from Armenia. In general, the economic damage to Azerbaijan exceeds $60 billion,” the article further said.

Besides, according to the article, 7093 state institutions, 927 libraries, 4.6 million volumes of books and manuscripts, six theaters, 85 music schools, thousands of industrial and agricultural enterprises, including 706 monuments of history and architecture, 22 museums, 26 fortresses and fortress walls, 57 mosques, 125 temples and churches, 58 monuments archaeology, 215 natural monuments, 260,311 hectares of forest land, and 163 mineral deposits were destroyed.

At the same time, Islamic worship places were turned into stables or pigsties, the article noted.

“As a good servant of the state, between the need not to alienate his Armenian electorate and the economic need to maintain good relations with Azerbaijan, especially in the energy sector, French Ambassador to Azerbaijan Zacharie Gross strictly follows the instructions of the Elysee Palace,” the article said.

“The French ambassador is known in the Foreign Ministry for his mastery of corridor diplomacy, the ability to convince the parties that the Paris embassy can do too much and that it’s better to calm down. This type of behavior can also be called ‘cunning management’, but in such a war there is only one winner: the silent one,” concluded the article.