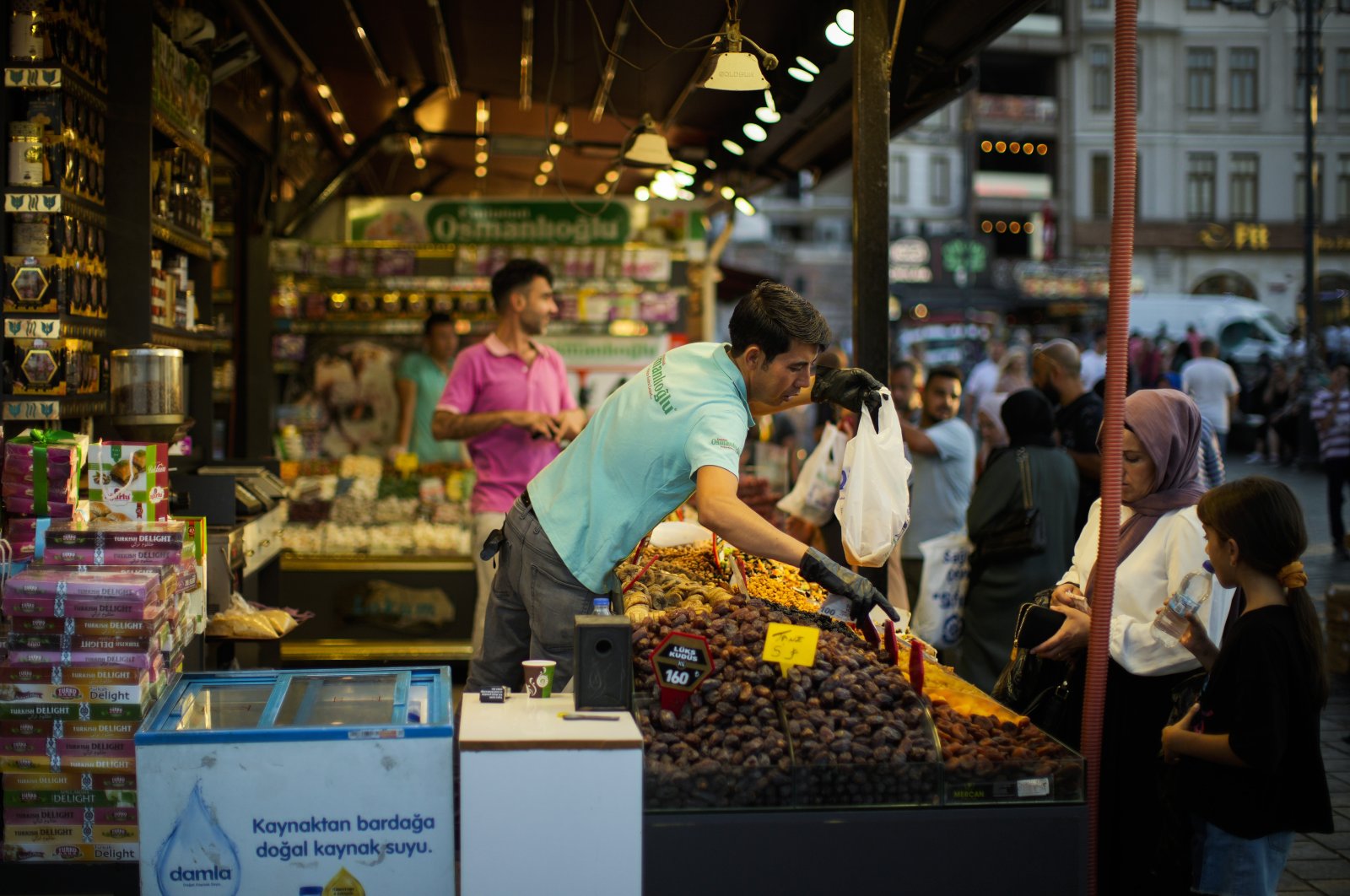 Türkiye will have a busy economic agenda from this week, spearheaded by growth data for the second quarter and inflation and exports figures for August before the government is expected to announce a new midterm roadmap, according to Azerbaijan in Focus, reporting Daily Sabah.

Eyes will also be on global and domestic developments, primarily Russia’s invasion of Ukraine, given their close links with Türkiye in trade, energy and tourism.

Data on Wednesday is likely to show that the Turkish economy kept up the strong performance in the April-July period and delivered a better performance than in the first three months after rebounding strongly from the coronavirus pandemic.

Surveys expect the gross domestic product (GDP) to have expanded around 7.5% in the second quarter from a year ago. Yet, the economic activity is seen cooling off in the second half of the year, reflecting weaker demand conditions.

The government’s new economic program has prioritized production, growth and exports with a low-interest rates policy, aiming to achieve a current account surplus that is said to eventually steady the Turkish lira and cool inflation.

An easing cycle led the lira to end last year down 44% against the dollar and depreciated another 27% so far this year.

While the rate cuts are aimed at stimulating the economy, analysts predict that activity could cool in the second half of the year due to a downward trend in demand and an expected economic slowdown in Türkiye’s largest trade partners.

The median estimate of 13 economists in a Reuters poll for annual GDP growth in the second quarter stood at 7.5%, within a range of 5% and 8.7%. A survey by Bloomberg HT expects a 7.5% growth for the April-June period.

The full-year growth was lower, with the median estimate of 18 economists in the Reuters poll standing at 4.05% and forecasts ranging between 3.3% and 5%. The survey by Bloomberg HT sees it at 4.5%, with estimates going from 3.2% to 5.6%.

Türkiye’s central bank cited signs of a slowdown in the third quarter earlier this month when it surprised markets by cutting its policy rate by 100 basis points, saying it needed to keep driving economic growth.

“It is important that financial conditions remain supportive to preserve the growth momentum in industrial production and the positive trend in employment,” the bank said.

Treasury and Finance Minister Nureddin Nebati last week said that he expects growth in the second quarter to come in higher than the 7.3% recorded in the first quarter.

The growth will be followed by export data, due to be announced on Friday by Trade Minister Mehmet Muş in the southeastern Gaziantep province. The performance through July reaffirmed the views that the annual target would be achieved even before the year-end.

Exporters have managed to achieve record sales in each month so far this year and in 21 of the last 23 months. Yet, industry representatives are said to be revising their targets as new orders drop amid signs of a global slowdown and inflationary pressure.

But deteriorating global conditions, exacerbated by the war in Ukraine, have raised concerns for the rest of the year. Russia’s invasion of its neighbor has sent global commodity prices soaring, endangering Türkiye’s economic program that aims to tackle high inflation with a current account surplus.

The trade deficit in the first seven months jumped by 143% year-over-year to $61.9 billion, mainly due to rising energy import costs.

Exports had ended 2021 at $225.4 billion, a figure that government and economists expected to reach $250 billion this year. The 12-month rolling exports topped $248 billion as of July.

Addressing an event in the northwestern province of Sakarya, Muş on Sunday said the eventual target is to permanently solve the economy’s chronicle issue of a trade shortfall.

Peak in inflation may be near

The robust pace in 2021 and this year has been overshadowed by soaring inflation, which runs at a 24-year high.

The annual consumer price index (CPI) rose at a slower-than-expected pace in July but still reached nearly 80%, the highest level since September 1998, stoked in part by surging energy prices due to Russia’s invasion of Ukraine.

The increase turned out to be smaller than in previous months, signaling that price pressure might be slowing.

Economists have suggested inflation may be approaching a peak with energy inflation falling sharply and food inflation appearing close to topping out.

President Recep Tayyip Erdoğan has said that he expects inflation to come down to “appropriate” levels by February-March next year, asking for the public to show patience.

Finance Minister Nebati last week said the inflation rate would enter a sharp downward trend as of December due to favorable so-called base effects and the fall will continue throughout 2023.

The Central Bank of the Republic of Türkiye (CBRT) last month raised its year-end inflation forecast to 60.4% and saw it peaking near 90% in the autumn.

Among others, unemployment data for July is due on Sept. 12. The jobless rate was down 0.3 percentage points from a month earlier to 11.2% in June, the latest data showed.

A day later, eyes will be on turnover indices, retail sales and industrial production index, which jumped 8.5% in June from a year ago and 1.5% on monthly basis.

The country’s central bank spelled out its sharp focus on economic growth as it unexpectedly lowered its one-week repo rate to 13% from 14% on Aug. 18, the level it was kept at for the last seven months.

It said the cut was aimed at driving economic growth and sustaining employment amid growing geopolitical risk. It added that rising loan rates have diminished the effectiveness of the monetary policy.

The bank repeated that disinflation should begin thanks to steps the bank and other authorities have taken to cool some forms of credit, along with an eventual end to the war.

The CBRT delivered a series of cuts last year, slashing rates by 5 percentage points before pausing the easing cycle in January. Its Monetary Policy Committee (MPC) is due to hold its next meeting on Sept. 22.

Erdoğan last week reiterated his opposition to high borrowing costs, as he ruled out any interest rate increases.

“What Türkiye needs is not a rate hike but an increase in investment, employment, production, exports and current account surplus,” he said.

The president stressed that Türkiye would set its economic policy based on its own interests and needs. “Economics theories aren’t valid everywhere, unlike physics or mathematics,” Erdoğan said. “These theories vary according to the conditions and strength of a country.”

The Turkish leader is known for his opposition to higher borrowing costs, which he says only makes “the rich richer and the poor poorer.”

In June, he vowed that his government would continue lowering interest rates rather than increasing them.

Meanwhile, September will also be marked by a new midterm roadmap that is expected to be announced in the early days of the month.

The three-year economic program covers a period from 2023 and 2025 and is said to include expectations and targets regarding the leading macroeconomic indicators, including inflation, employment, growth, exports and current account balance.

Eyes will also be on the impact of the regional and global headwinds on the economy and their reflection in the program, including the extent to which they are expected to affect the principles and goals related to economic policies.