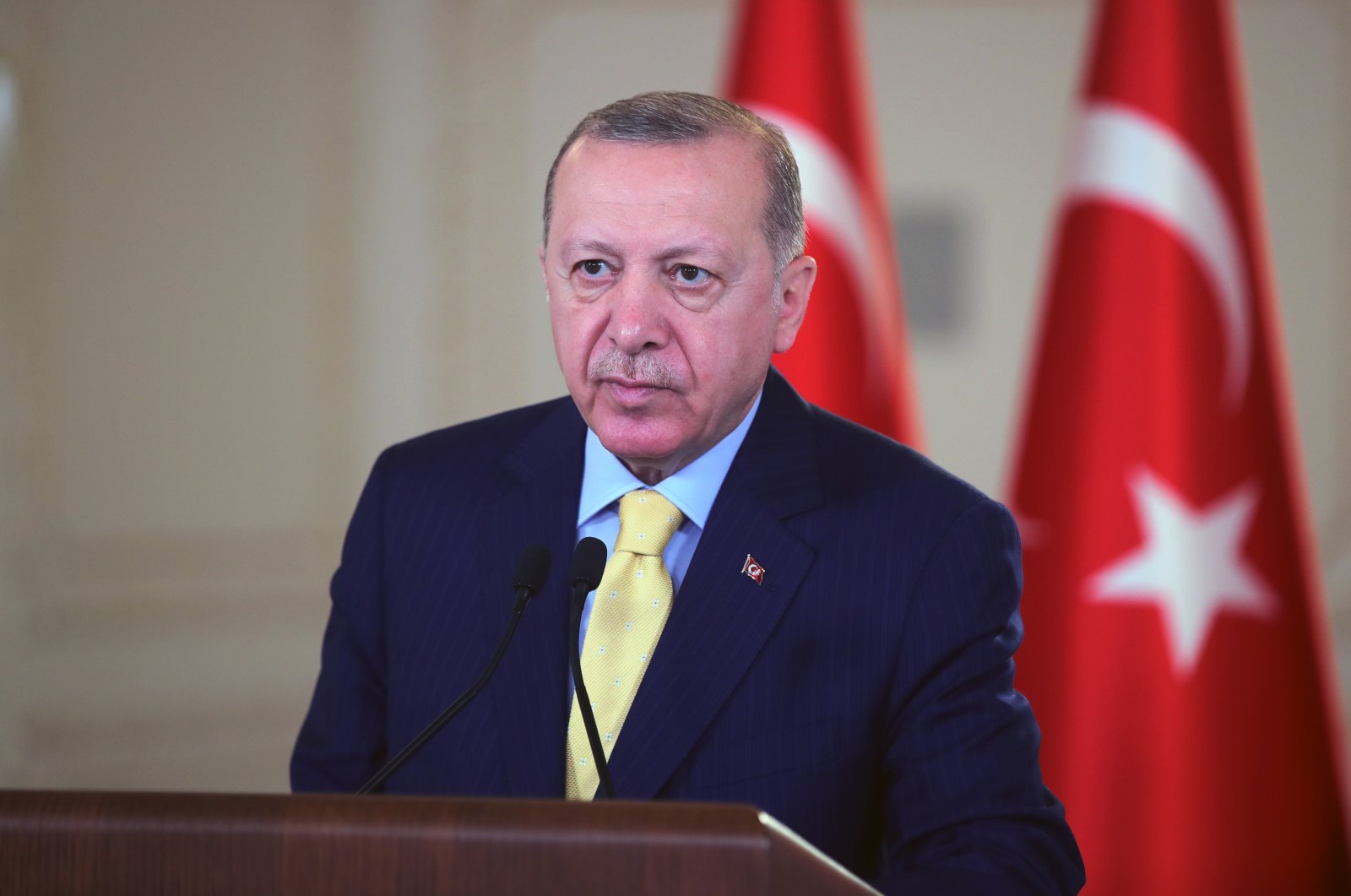 Future talks on Cyprus should begin with 2 states: Erdoğan

Any future talks on decadeslong Cyprus question should involve two states rather than communities, President Recep Tayyip Erdoğan reiterated Saturday during an inauguration ceremony for an irrigation tunnel to the Turkish Republic of Northern Cyprus (TRNC).

“If there are to be new talks on Cyprus, these should no longer be between the two communities, but between the two states,” Erdoğan said via live video link to the site of the event in TRNC.

Underlining that the equal status and sovereign equality of Turkish Cypriots must be confirmed before fresh negotiations begin, Erdoğan said the latest Cyprus talks held informally in Geneva last month had been inconclusive due to the “intransigent attitude of the Greek side, detached from the facts on the island.”

The president underlined that Ankara was determined to protect the rights of Turkish Cypriots, especially on hydrocarbon resources in Eastern Mediterranean.

Noting that Turkey has delivered an annual 75 million (2.64 billion) cubic meters of water to the TRNC via undersea pipeline, he said Ankara is determined “not to leave Turkish Cyprus in need of others,” with its projects to eliminate the risk of water shortage.

“Our aim is for the TRNC to develop and strengthen for the Turkish Cypriot people to have a more prosperous future,” he added.

Speaking during the opening ceremony, Turkish Vice President Fuat Oktay said the TRNC’s territory, which has long been in need of water, would become fertile with the new sprinkler system and trickle irrigation.

Economic and development cooperation between the two countries will contribute to the rise of the sovereign TRNC that can stand confidently on its own feet, Oktay said.

This article originally appeared in DAILY SABAH on 22 May 2021.