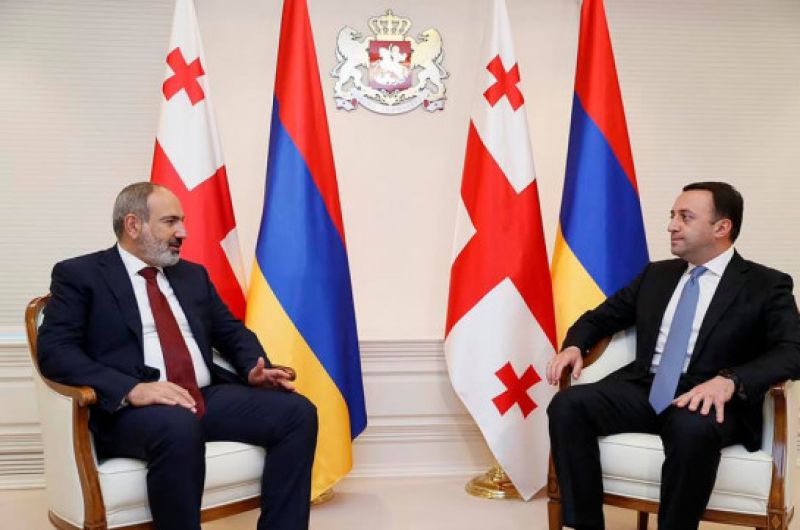 Garibashvili and Pashinyan discussed the peace initiative, on the eve of the Pashinyans meeting with Putin

During his visit to Armenia on October 9-10, Georgian Prime Minister Irakli Garibashvili discussed with his Armenian counterpart Nikol Pashinyan the Peaceful Neighborliness Initiative in the South Caucasus. Earlier, Garibashvili presented this initiative at the UN.

As Garibashvili wrote on his Twitter account, the new peaceful format will contribute to the discussion of the prospects for a peaceful good-neighborly initiative, to which, in addition to the states of the South Caucasus, international partners will also join.

Garibashvili confirmed Georgia’s readiness to continue active mediation to ensure peace and stability in the region.

Let us remind that Garibashvili’s initiative provides for the creation of a platform in Tbilisi for negotiations between Azerbaijan and Armenia through the mediation of Western countries.

Several days ago, Garibashvili discussed this idea in Baku with Ilham Aliyev. Apparently, the position of Baku was positive.

However, Garibashvili’s initiative does not mention Russia’s participation, which casts doubt on its productivity in the current situation.

Note that on October 12, Pashinyan is going to Moscow to meet with President Putin. This is hardly a coincidence. There is no doubt that the main topic at the meeting will be precisely the determination of the further steps of the parties. It is unlikely that Armenia will want and will be able to violate the rules established in Moscow. Moreover, it should be expected that Moscow will ask Yerevan to adjust its political alliance with Iran and limit it only to issues of transit of goods through Armenia.