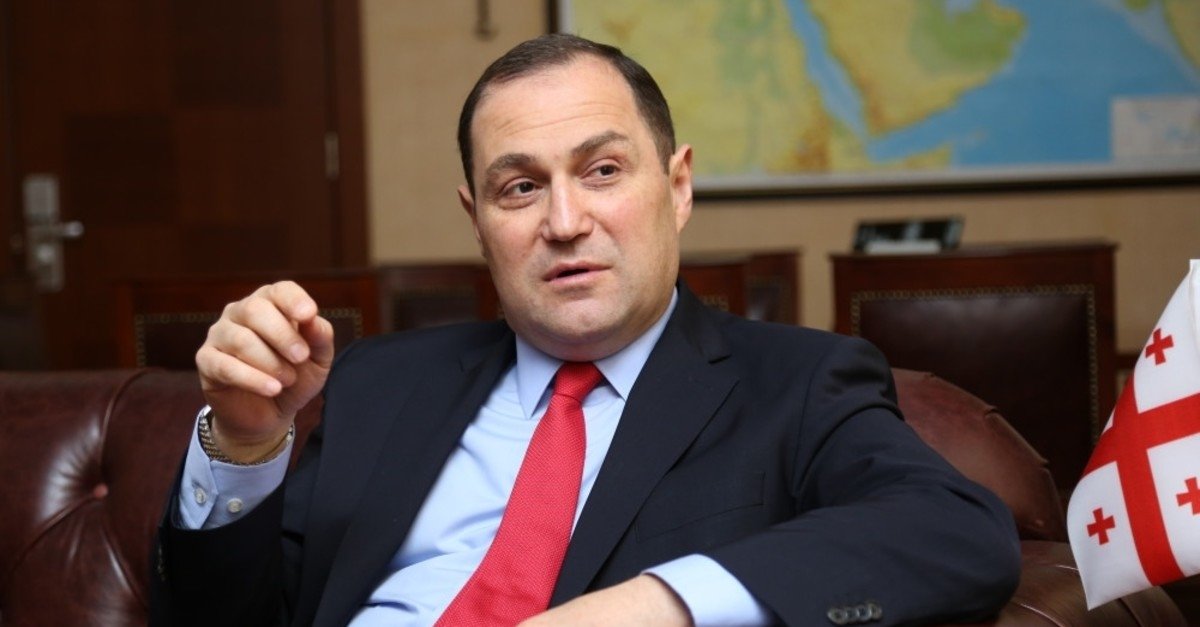 George Janjgava: Georgia Will Not Attend 3+3 Caucasus Platform in Turkey

Georgia will not participate in the next 3+3 Caucasus platform meeting to be held in Turkey, the country’s Ambassador to Turkey George Janjgava said Monday, according to Azerbaijan in Focus, reporting Daily Sabah.

“Georgia will definitely not attend the 3+3 meeting,” said Janjgava.

Ankara has made frequent calls for a six-nation platform comprising of Turkey, Russia, Iran, Azerbaijan, Georgia, and Armenia for permanent peace, stability, and cooperation in the region, describing it as a win-win initiative for all regional actors in the Caucasus.

Foreign Minister Mevlüt Çavuşoğlu, on the sidelines of the recent Organisation of Islamic Cooperation (OIC) meeting in Islamabad, said that Turkey hopes Georgia will also attend the upcoming meeting.

Turkey believes that permanent peace is possible through mutual security-based cooperation between the states and people of the South Caucasus region.

Russia last month hosted the inaugural meeting of the regional platform. However, Tbilisi refuses to attend, citing Russian aggression towards the ex-Soviet nation.

Still, Georgia supports enhanced relations and cooperation in the region with other neighboring countries. It has taken effective steps with Turkey, Azerbaijan, and Armenia to ensure lasting peace in the region, the country’s prime minister said last month.

“It is extremely important for us to establish lasting peace in the region,” Irakli Garibashvili said during the online Conference of Ambassadors.

Janjgava underlined that Georgia sees both Turkey and Azerbaijan as “our strategic partners” and views Armenia as a “historical and good neighbor” in a neighborhood also home to Iran.

“But Russia is a country which is occupying 20% of Georgian territory,” the ambassador strongly emphasized.

Diplomatic ties between Russia and Georgia, which aspires to join the European Union and NATO, collapsed after Moscow occupied two of the latter’s territories in a conflict and recognized the independence of South Ossetia and Abkhazia, where Russian troops are now garrisoned. Most of the world, however, continues to consider them as part of Georgia.

Europe’s top human rights court earlier last year found Russia responsible for a swath of violations in these regions after the 2008 Russia-Georgia war.

The Strasbourg-based court ruled that Russia exercised effective control over Georgia’s separatist regions after the hostilities and that it was responsible for ill-treatment and acts of torture against Georgian prisoners of war, arbitrary detentions of the people, and “inhuman and degrading treatment” of 160 detained Georgian civilians, who were held in crowded confinement for more than two weeks in August 2008.

Armenia and Azerbaijan have been locked in a decades-long dispute over the region of Nagorno-Karabakh, which lies within Azerbaijan but was under the control of ethnic Armenian forces backed by Armenia since a separatist war there ended in 1994.

Moscow brokered a peace deal last November to end six weeks of fighting over the territory, during which more than 6,600 people were killed.