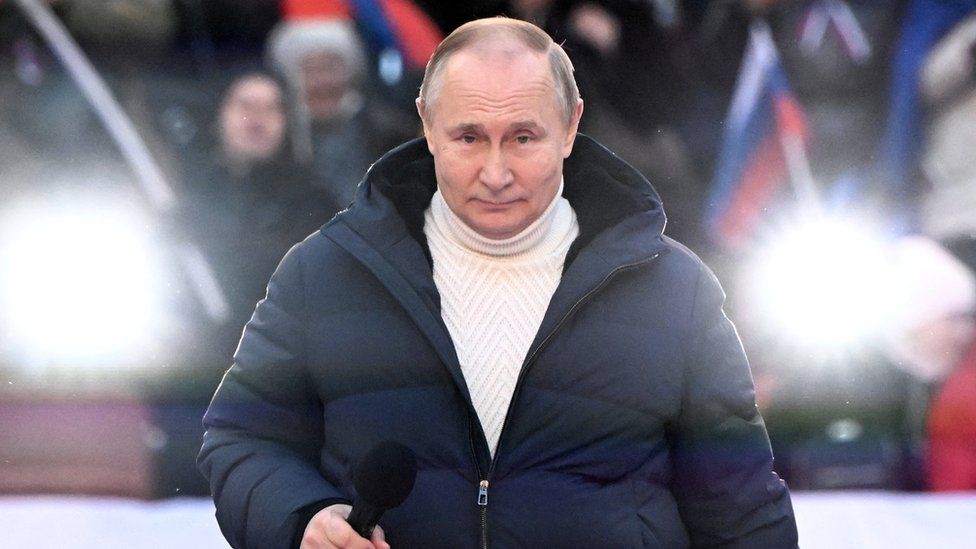 Gordon Brown and Sir John Major want a new international tribunal to be set up to investigate Vladimir Putin for his actions in Ukraine, according to Azerbaijan in Focus, reporting BBC.

The former PMs are among 140 academics, lawyers, and politicians to sign a petition calling for a legal system modelled on the Nuremberg trials of Nazi war criminals after World War Two.

But some say its powers are limited.

The ICC cannot pursue the crime of aggression without a referral from the UN security council, which Russia could veto.

Former Labour prime minister Mr Brown told the BBC that since the fall of the Berlin Wall “we’ve assumed that democracy and the rule of law will prevail”, but that Mr Putin “is replacing that by the use of force”.

“If the message is not sent out now then we face aggression in other countries which may go unpunished as well,” he told Radio 4’s Today programme.

Asked if he considered the Russian president to be a war criminal, he replied: “That’s what President Biden said, and that’s my view.”

US President Joe Biden this week called Mr Putin a “war criminal” for the first time.

The Kremlin denounced the comments as “unacceptable and unforgivable rhetoric”. Other leaders to accuse Russians of carrying out war crimes include Ukrainian President Volodymyr Zelensky and UK Prime Minister Boris Johnson.

Mr Brown said the war had seen the indiscriminate bombing of civilians, which is against international law, as well as breaches of humanitarian ceasefires and “nuclear blackmail”.

Russian forces have bombed civilian areas in a number of cities in Ukraine.

On Wednesday a theatre where hundreds of civilians were sheltering was hit in the besieged southeastern city of Mariupol. And Ukraine has also called Russia’s airstrike on Mariupol’s hospital a war crime.

A warning should be sent out that Mr Putin “will face the full force of international law” said Mr Brown, adding that the Ukrainian government was asking for such a move.

It is hoped the tribunal will act in addition to the ICC’s current investigations into war crimes.

The campaign has already been backed by 740,000 people – including dozens of public figures.

Ukrainian Foreign Minister Dmytro Kuleba and the former president of the UK Supreme Court Lady Hale have added their signatures to the petition – as have the professor of international law Philippe Sands QC, a former prosecutor for the Nuremberg Military Tribunal Benjamin Ferencz, Labour peer Helena Kennedy QC and former president of the European Court of Human Rights Sir Nicolas Bratza.

Mr Brown said creating a new tribunal would close off this “loophole” in international law “that Putin could use to dodge justice”.

“We must move with speed, to assure the people of Ukraine that we are committed to action and not just warm words – and we must make Putin’s collaborators aware that the noose is tightening. If they do not distance themselves from Putin, they face prosecution and prison,” Mr Brown wrote.

The Nuremberg trial – named after the German city it was held in – was the first-ever international war crimes trial and saw the most notorious Nazis tried for their crimes. The offences included waging a war of aggression, violating the customs of warfare and committing crimes against humanity.

Mr Brown continued: “From Britain – which rightly prides itself on democracy and the rule of law – the message must go out. At Nuremberg, we held the Nazi war criminals to account. Eight decades on, we must ensure there will be a day of reckoning for Putin.”

Ukrainian MP Dmytro Gurin told the BBC he was sceptical about whether the proposal would actually lead to a trial for Mr Putin.

“You have to catch him first,” he said. “The tribunal, it’s a nice idea when they happen and all the European countries like Great Britain and America we thank you for all your help, but you know, we are at a totally different stage of war now.

Peace talks between Russia and Ukraine have been taking place – but UK Foreign Secretary Liz Truss has warned that the Kremlin might be using the negotiations as a “smokescreen”.

In an interview with the Times newspaper, she said: “If a country is serious about negotiations, it doesn’t indiscriminately bomb civilians that day.”

Meanwhile, Conservative MP Johnny Mercer revealed on Friday that he recently travelled to Ukraine, where he witnessed “total carnage” alongside demonstrations of “incredible human spirit”.

The Army veteran, who travelled to the capital Kyiv, tweeted photographs of himself visiting injured people in hospital.

He wrote in the Daily Telegraph that he decided to travel to Ukraine after being invited by a former MP in the Donetsk region. Government advice warns against travelling to the country.

Mr Mercer told The Times: “I didn’t tell anyone, I just disappeared. I decided it was the right thing to do.”

The UK government has said that two million medical items have been donated to Ukraine, including painkillers, insulin shots and intensive care equipment.

A convoy of 18 fire engines set off from Kent on Saturday, bound for Ukraine. The engines – along with thousands of pieces of equipment – have been donated by fire services from across the UK. 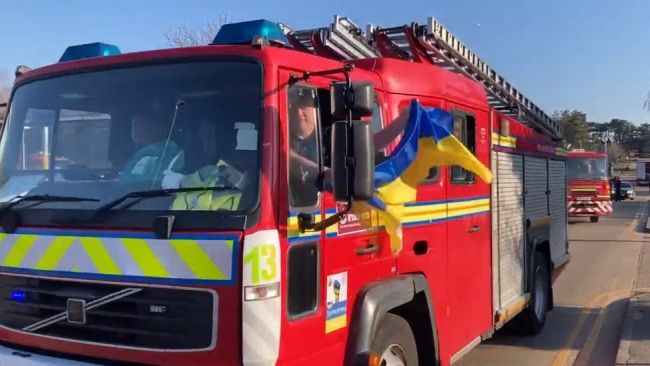 And former prime minister David Cameron is on his way to Poland to deliver donations to Ukrainian refugees.

He is joining an Oxfordshire food project which is taking a lorry filled with items such as clothes and first aid kits to the country.