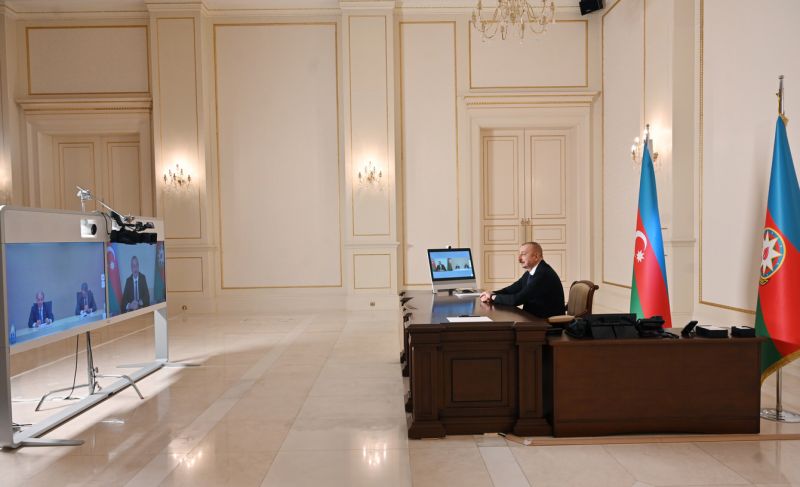 Today President of Azerbaijan Ilham Aliyev in the format of a video conference, received a delegation led by the head of the Italian company Maire Tecnimont Group Fabrizio Di Amato, according to Azerbaijan in Focus, reporting Turan News.

This company has been operating in Azerbaijan for over 7 years.

Announcing his determination to expand activities in Azerbaijan, Di Amato continued,
“We are making our contribution to the industrialization of your country.”

Aliyev, for his part, noted that the activities of the Maire Tecnimont Group and the projects it implements help to develop the non-oil sector, which last year, despite the pandemic and economic recession, increased by 12.5%.
Aliyev noted with satisfaction that the Italian company is participating in projects in Azerbaijan worth over 1.6 billion euros. Noting the successful development of relations between Italy and Azerbaijan, Aliyev pointed to the objective coverage of the Karabakh war by the Italian media.

He expressed the hope that Italian companies will be very active in projects related to the restoration of the liberated territories. Several Italian companies have already been invited for restoration and construction work. “I am sure that their number will grow. I have said many times that we will only invite companies from friendly countries,” Aliyev said.

Aliyev also pointed to the decision to establish an Italo-Azerbaijan University in Baku. “We have already allocated a place. The work on the creation of the university has begun, and it can be opened already this year,” Aliyev said.

The CEO of the company Pierre Roberto Folgero noted that the cooperation of Maire Tecnimont and SOCAR in the field of chemistry will lay the foundation for the activities of the future university. The company is also ready to share technologies for the development of “green chemistry” with Azerbaijan.

* Maire Tecnimont was attracted by SOCAR in 2015 as a general contractor for the construction of a polypropylene plant in Sumgayit. The company also participates in the project of reconstruction and modernization of the Baku oil refinery.