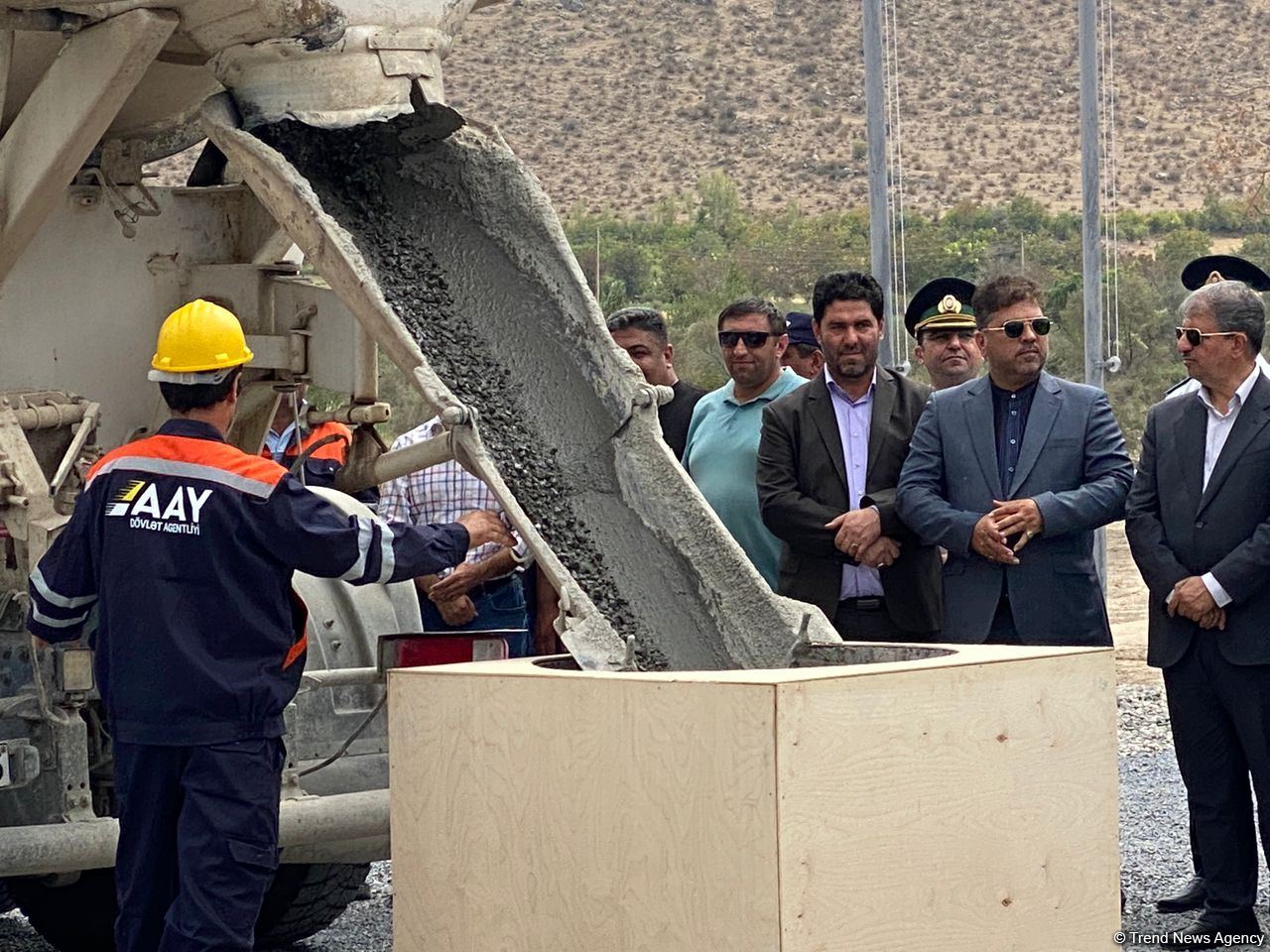 Deputy Prime Minister of Azerbaijan Shahin Mustafayev and Minister of Roads and Urban Development of Iran Rostam Ghasemi attended the groundbreaking ceremony of the Aghband highway bridge, which is to be built on the border with Iran in the Eastern Zangazur Economic Region of Azerbaijan, on September 21, according to Azerbaijan in Focus, reporting Trend News, citing the Karabakh bureau.

The project will create additional opportunities for the countries of the region, serving to increase the potential of the East-West transport corridor, as well as to expand transport and economic ties.

The event was attended by the Iranian delegation and representatives of the Azerbaijani ministries of digital development and transport, energy, the State Customs Committee, the State Border Service, the State Highways Agency of Azerbaijan and Azerbaijan Railways CJSC.

During the event it was noted that thanks to the efforts of Azerbaijani President Ilham Aliyev and Iranian President Ebrahim Raisi, Azerbaijani-Iranian relations are at a high level and cooperation between the two countries is developing dynamically in the political, economic, cultural and other fields.

At the ceremony, it was also noted that after the victory of Azerbaijan in the 2020 second Karabakh war, large-scale restoration and construction work is being carried out on Azerbaijani territories liberated from Armenian occupation. As part of the work, the project of the Horadiz-Aghband highway was completed by 59 percent, and the Horadiz-Aghband railway – by 38 percent.

It was said at the event that on March 11, 2022, a memorandum of understanding was signed on the creation of new communication links between the Eastern Zangazur economic region and Nakhchivan Autonomous Republic of Azerbaijan. As part of the implementation of this memorandum, it’s planned to build road and rail bridges across the Araz river between the Eastern Zangazur region and Nakhchivan Autonomous Republic through the territory of Iran.

Besides, it was pointed out that the bridge connecting the Horadiz-Jabrayil-Zangilan-Aghband highway with a length of 112 kilometers with the Iranian highway network across the Araz river was designed with a length of 216 meters and a width of 24.5 meters.

The bridge has two lanes for vehicles and one for pedestrians in each direction, and it’s also planned to build a checkpoint across the state border, capable of receiving at least 1,000 cargo vehicles (export, import and transit goods).

At the groundbreaking ceremony, confidence was expressed that the new bridge will serve to strengthen friendly ties between the two countries, contribute to the further development of transport links and increase the transit potential of the region.