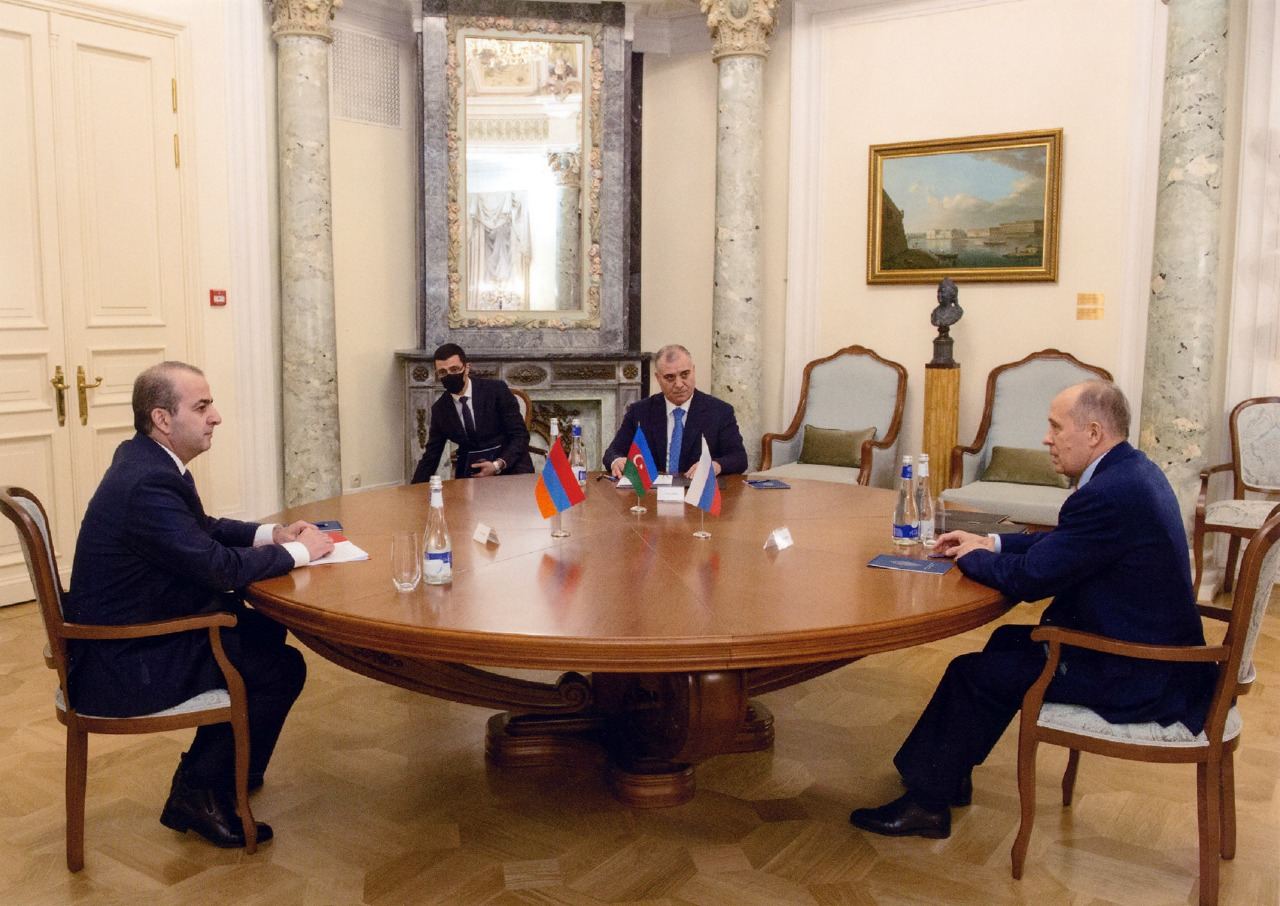 Naghiyev visited Russia by the invitation of the Director of the Federal Security Service (FSB) of Russia Alexander Bortnikov.

As part of the visit, Naghiyev met with Director of the National Security Service of Armenia Armen Abazyan, through the mediation of Bortnikov.

During the meeting, discussions were held in connection with the current state of fulfillment of obligations arising from the trilateral statement signed by the President of Russia, the President of Azerbaijan, and the Prime Minister of Armenia.

Moreover, within the norms of international humanitarian law, the sides discussed border security issues, the fight against terrorism in the Azerbaijani territories liberated from Armenian occupation, clarification of the fate of missing and captured persons following the Nagorno-Karabakh conflict, the establishment of burial places of bodies and exchange of prisoners, as well as other security issues of mutual interest.

In the course of the discussions, the officials noted the importance of organizing an appropriate communication channel for the exchange of information, if necessary.