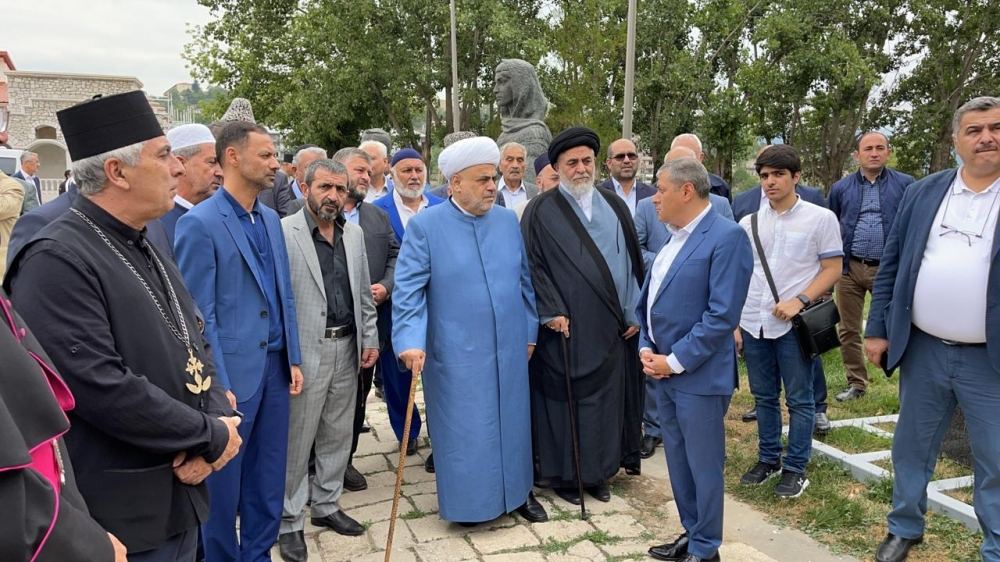 The chairman of the Caucasian Muslims Office (CMD) Sheikhulislam Allahshukur Pashazade and the heads of the religious confessions of Azerbaijan visited the mosques of Saatly and Ashaghy Govharagha in Shusha city (liberated from Armenian occupation in the 2020 Karabakh war), according to Azerbaijan in Focus, reporting Trend News on July 10.

The visitors also viewed and were first informed about the busts of Natavan, Bulbul and Uzeyir Hajibeyli (famous Azerbaijani figures).

It was noted that during the occupation of Shusha (in 1992), the busts were vandalised (by the Armenian armed forces who shot them) and taken to Armenia, where Armenians wanted to melt them down.

However, on the initiative of national leader Heydar Aliyev, these busts were taken out of Armenia and delivered to Azerbaijan, where they were kept in the courtyard of the Art Museum in Baku. After the liberation of Shusha, the busts were put back on their former places through the initiative of President Ilham Aliyev.

The religious figures were also informed about the building of the Executive Power of Shusha district.

When visiting Saatly and Ashaghy Govharagha mosques they were informed about the destruction of religious sites during the occupation, as well as the ongoing restoration work there.

Then they prayed at the mosques. 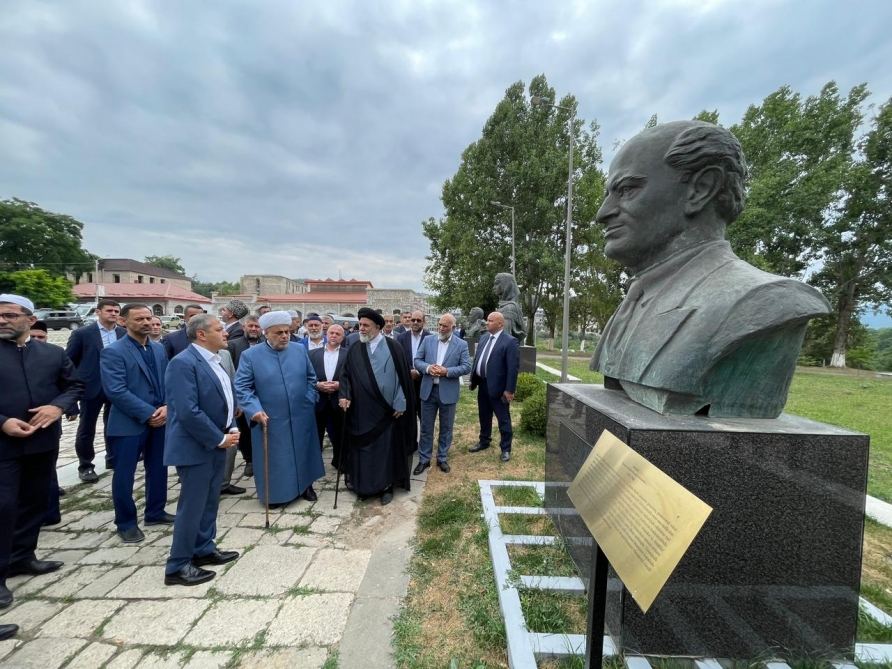