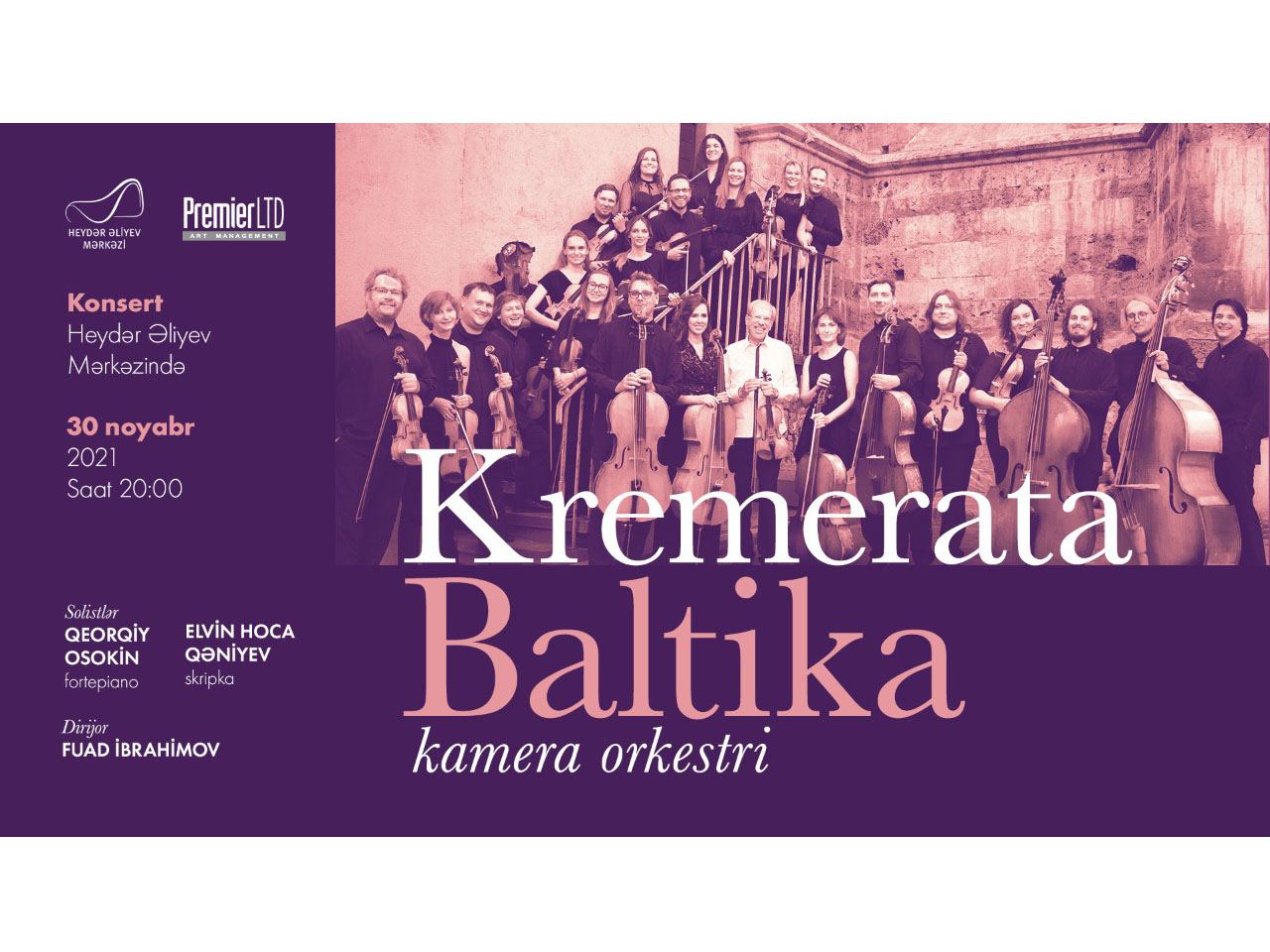 The Kremerata Baltika Chamber Orchestra, winner of Grammy Award, will perform at the Heydar Aliyev Center in Baku on November 30, according to Azerbaijan in Focus, reporting Trend News.

The classical music evening, to be held within the framework of the Year of Nizami Ganjavi [famous Azerbaijani poet of the 12-13th ccenturies], will feature works by Frederic Chopin, Felix Mendelssohn, Fikrat Amirov, and other outstanding composers in the performance of soloists – laureate of international competitions, diploma winner of the 17th Frederic Chopin International Piano Competition Georgy Osokin (piano), Honored Artist Elvin Ganiev (violin), and the conductor Fuad Ibrahimov.

With its performance at the Lockenhause Festival in Austria in 1997, the orchestra immediately won the audience’s sympathy.

The musical group Kremerata Baltika, being one of the famous orchestras in Europe, has given over one thousand concerts in more than 50 countries and 600 cities.

Tickets for the Baku Kremerata Baltika concert can be purchased at the box office of the Heydar Aliyev Center, on the website iTicket.az, and at the ticket office of the capital.

Since October 1, concert halls have reopened in Azerbaijan and their work was allowed, provided that the occupancy rate is no more than 50 percent of the total capacity.

The entrance to the concert halls in the country is allowed with COVID passports.