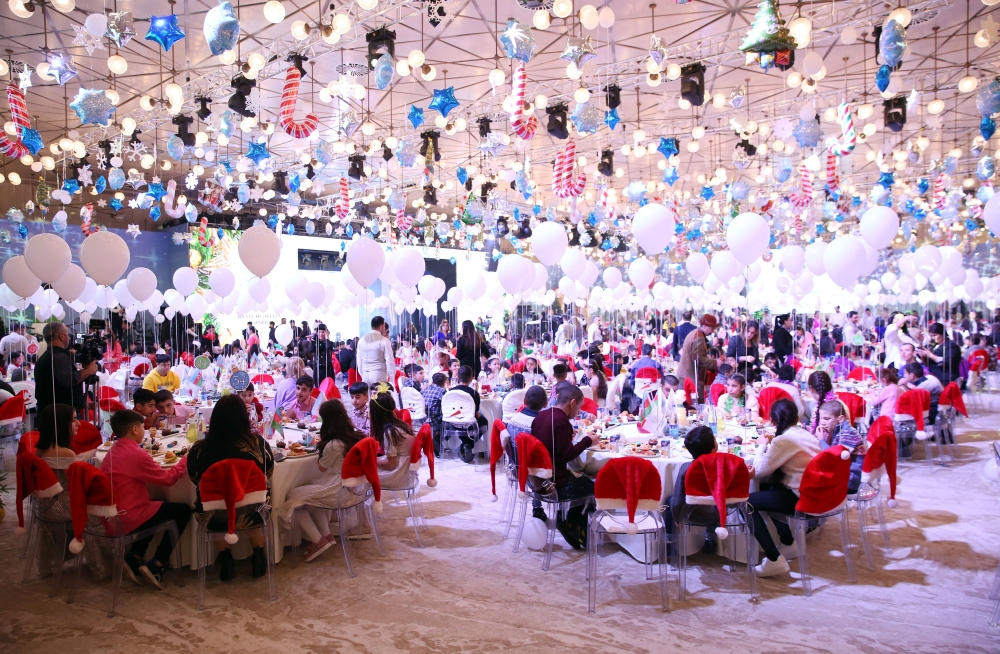 The Heydar Aliyev Foundation has organized the New Year festivities for children in need of special care, as well as deprived of parental care, from refugee and IDP families and with disabilities on the eve of World Azerbaijanis Solidarity Day and the New Year at the Gulustan Palace in Baku, according to Azerbaijan in Focus, reporting AzerTac.

At the initiative of Azerbaijan’s First Vice-President Mehriban Aliyeva, the Heydar Aliyev Foundation annually organizes festivities for children from orphanages and boarding schools, children with special needs, and children of martyr families.

Children with disabilities from various orphanages and boarding schools and children from families of martyrs were invited to the festive celebration.

The children enjoyed the event dancing, and singing songs in a festively decorated hall joined by famous artists, and heroes of favorite fairy tales and cartoons.

At the end of the entertainment program, the Heydar Aliyev Foundation presented holiday gifts to the children.