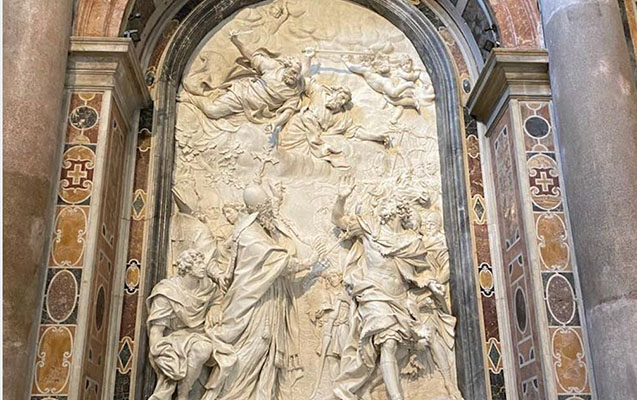 The Heydar Aliyev Foundation has financed the restoration of the bas-relief Meeting of Pope Leon I and Hun Emperor Attila at the Basilica of St. Peter’s Church in Vatican City, one of the gems of Italian Renaissance architecture, according to ‘Azerbaijan in Focus’ reporting Qafqazinfo.

The building is a famous shrine and place of worship. The Pope conducts numerous religious ceremonies throughout the year in the Basilica or in front of this building in St. Peter’s Square.

The projects implemented by the Heydar Aliyev Foundation are highly valued in the Holy See and exemplify its contribution towards universal values and all religious denominations. This strengthens the role and awareness of Azerbaijan in the world as a country committed to and promoting multicultural values, together with its role in propagating interreligious dialogue.