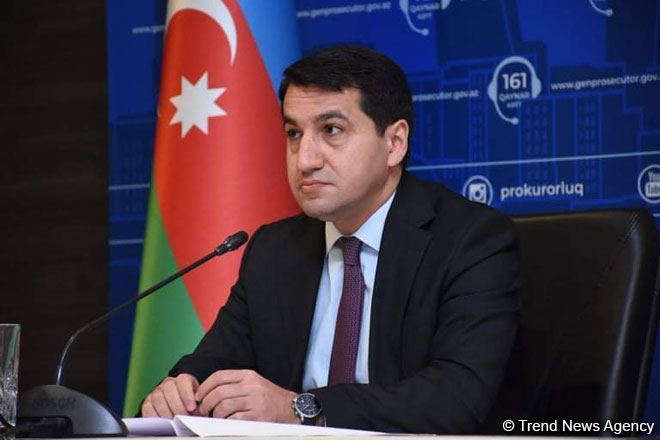 Armenia like the occupying powers of World War II must assume responsibility, Assistant to the President of Azerbaijan, Head of the Foreign Policy Affairs Department of the Presidential Administration Hikmat Hajiyev shared on his Twitter page, according to Azerbaijan in Focus, reporting Trend News.

“Armenia even doesn’t have moral rights to put any claims against Azerbaijan after committing inconceivable vandalism/urbucide/ecocide in seized lands against heritage and property of Azerbaijani people. Armenia like occupying powers of WWII must apologize to Azerbaijani people/assume responsibility,” he wrote.