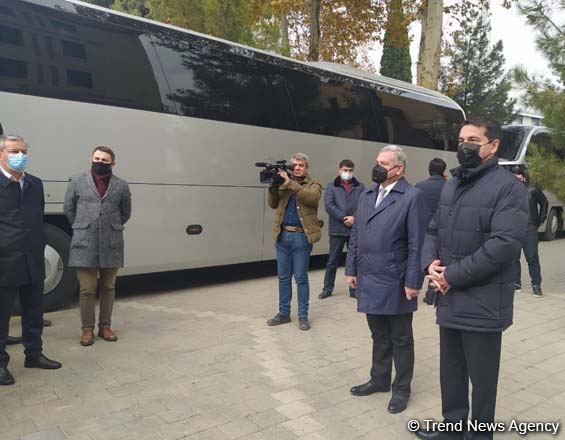 Hikmet Hajiyev, aide to the Azerbaijani President and Head of the Foreign Policy Department of the Azerbaijani Presidential Administration, has led a visit to the Terter region of Azerbaijan, according to ‘Azerbaijan in Focus’, reporting Trend News. Participants included the representatives of diplomatic missions and heads of international organisations, together with members of the Garabagh FK football club.

All were shocked and dismayed to view the impact of the heavy bombing inflicted on this civilian region by Armenian armed forces during the recent reignition of the Armenian–Azerbaijani Nagorno-Karabakh conflict. Thereafter, the delegation left to visit Aghdam city – home to the Garabagh FK football club, forced to play ‘away from home’ for 27 years – which was recently liberated from Armenian occupation.

Following 44 days of military action to liberate its territories from Armenian occupation, Azerbaijan pushed Armenia to sign the surrender document. On 9 November, the Azerbaijani and Russian Presidents and Armenian Prime Minister signed a ceasefire statement.