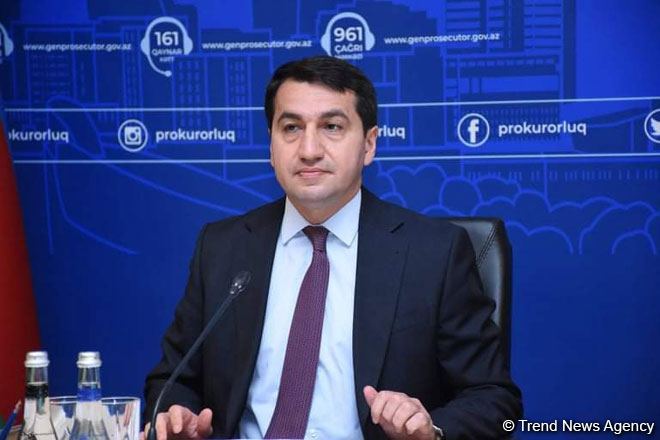 The openly pro-Armenian policy of France has been criticised by Hikmet Hajiyev, Aide to the President of Azerbaijan and Head of the Foreign Policy Affairs Department of the Azerbaijani Presidential Administration, according to ‘Azerbaijan in Focus’, reporting Trend News.

He expanded: “The officials of France, contrary to its mandate as an OSCE Minsk Group Co-Chair are voicing unilaterally biased appeals. Despite the fact that France must act as a neutral party, it openly pursues a pro-Armenian policy and voices completely unfounded accusations against Azerbaijan.

“France is trying to be more Armenian than the Armenians themselves. France does not have the authority to speak on behalf of the OSCE Minsk Group Co-Chairs. Furthermore, France, regardless of its role as a Co-Chair, did not take any steps to end Armenian aggression against Azerbaijan and implement the UN Security Council’s resolutions, yet it is now attempting to demonstrate its zeal. I wonder whether France has been concerned at all about the return of Azerbaijani internally displaced persons (IDPs) to their native lands over nearly 30 years?”

He concluded: “Despite this, France now states it is concerned about the liberation of Azerbaijani lands from occupation and ensuring the rule of international law. In conclusion, I would like to remind the official structures of France that the historic Azerbaijani city liberated from occupation, which holds a special place in the hearts of Azerbaijanis, is called ‘Shusha’, and not ‘Shushi’.”