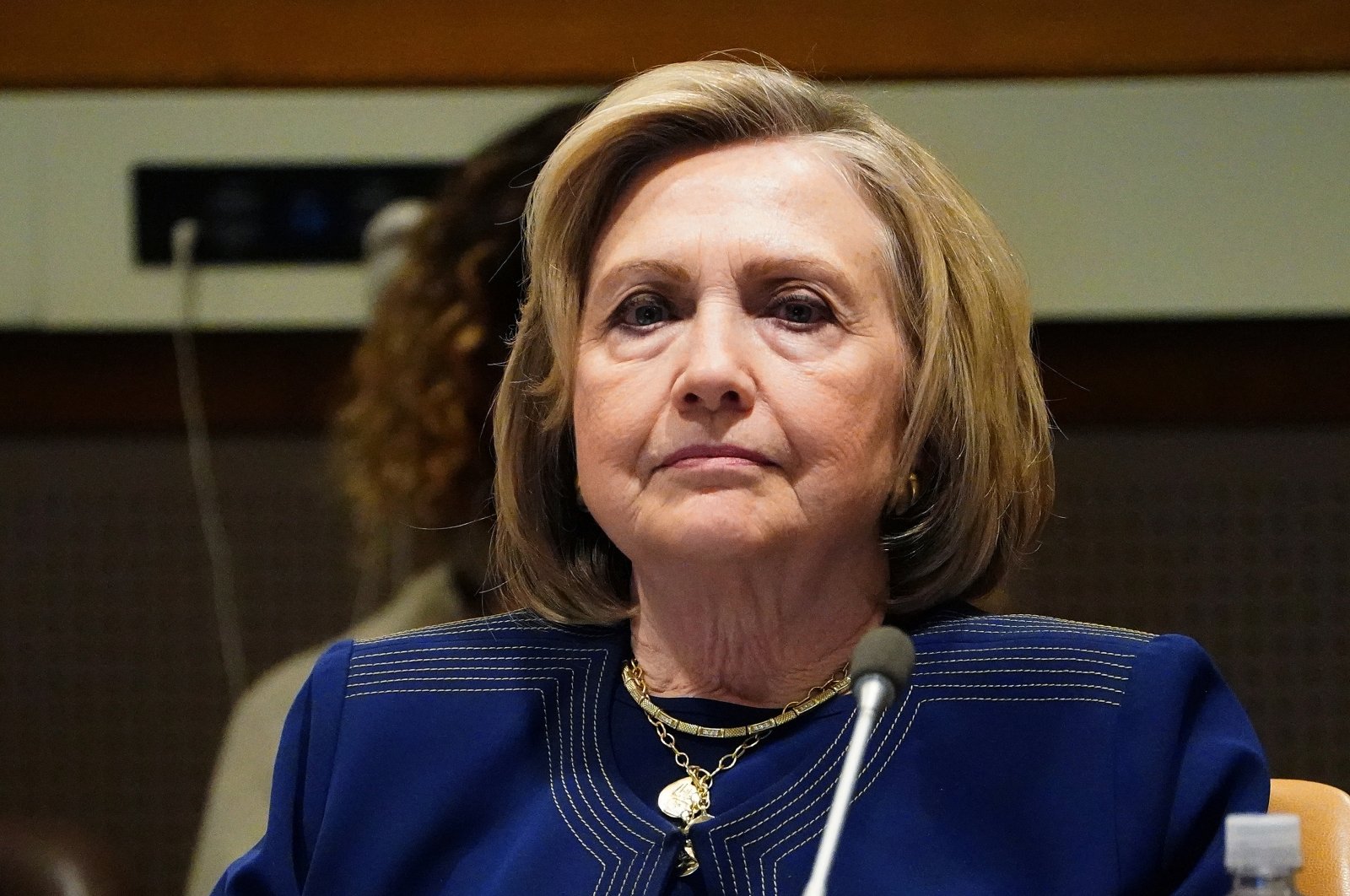 Former U.S. Secretary of State Hillary Clinton speaks at United Nations Headquarters on a panel about including women in the peace process in Afghanistan, in the Manhattan borough of New York City, New York, U.S., March 10, 2020. (Reuters File Photo)

According to the article, the duo has chosen to adapt Gayle Tzemach Lemmon’s pro-YPG/PKK book “The Daughters of Kobani: A Story of Rebellion, Courage, and Justice” to a TV series.

“The Daughters of Kobani is an extraordinary account of brave, defiant women fighting for justice and equality,” Clinton is reported as saying in the article with regards to the book, which includes interviews and reports of YPG terrorists fighting another terrorist group, Daesh in Northern Syria.

The Hollywood Reporter also said in the article that the Clintons are going to produce the drama via their HiddenLight production company.

The former secretary of state and presidential candidate’s pro-YPG stance is a reflection of the United States’ support for the terrorist group, which is the Syrian affiliate of the PKK, recognized by the U.S. as a terrorist organization as well.

The U.S. has primarily partnered with the YPG in northeastern Syria in the fight against Daesh. Turkey strongly opposes the YPG/PKK’s presence in northern Syria, which has been a major sticking point in strained Turkey-U.S. relations. The U.S. has provided military training and thousands of truckloads of weaponry to the terrorist group, despite its NATO ally’s security concerns.

A Florida man and an ex-member of the YPG was also arrested recently and charged with trying to organize an armed response to pro-President Donald Trump protesters expected at the state Capitol on Sunday, the U.S. Attorney’s Office announced.

The office said that Daniel Baker joined YPG in 2017 and fought in Syria against the Daesh terrorist group. He claimed on social media that he was “a trained sniper for the YPG,” according to the Attorney’s Office.

The office described the YPG as a sub-affiliate of the PKK, “which is designated by the United States government as a Foreign Terrorist Organization.”

The CIA also used to recognize the YPG as the Syrian wing of the PKK, as it was stated on their official website. The statement was removed after the U.S. decided to abandon moderate Syrian opposition and partner with the YPG.

Many U.S. officials, including veteran Senator Lindsey Graham and high-ranking military officials, previously accepted the fact that the YPG is merely a rebranding of the PKK terrorist group.

In testimony before the U.S. Congress, Clinton confessed that Washington supported and funded another terrorist group, al-Qaida.

The U.S.’ stance on YPG is not limited to the country’s administration and politics as media outlets also often romanticize the YPG, especially when it comes to the terrorist group’s women branch YPJ.

The PKK and other organizations linked to it, including the YPG. The portrayal of female terrorists as freedom fighters as well as pointing to the high number of female fighters to highlight how the terrorist organization gives importance to gender equality are the main themes while mentioning the PKK.

The internet is full of pictures of and articles on female PKK fighters who are glorified and act as heroines by highlighting their fight against Daesh. Yet, there are few sources that show the abusive acts of the terrorist organization on women. Abductions, forcible recruitment, the armament of under-aged girls as well as rape seem to be seen as insignificant in the Western media compared to the fight against Daesh.

When it comes to the mistreatment of the women by the YPG terrorists, the West seems to lose its interest in the issue, not providing any coverage on multiple alarming incidents. One of the most striking examples of such an incident has taken place back in 2017 when a young woman named Leyla Güneş was shot by PKK terrorists and survived death while trying to escape the terrorist organization. Güneş, who was brainwashed into joining the PKK in 2014, was saved from the terrorist organization and reunited with her family. She was only 15 when the PKK reached out to her and her friends when they were picnicking. Her mother tried to contact her and other PKK members in order to have her released but failed each time. In 2017, however, Güneş decided to surrender to security forces. Yet, when Güneş began running toward the military units who came for her, to surrender, other militants in a cave threw grenades at her before shooting her.

Güneş, unfortunately, is only one example of dozens of young women who suffer from similar exploitation in PKK ranks. There are many reports from surrendered female terrorists, saying that they were forced to fight against Turkey.

This article originally appeared in DAILY SABAH on 25 Jan 2021.