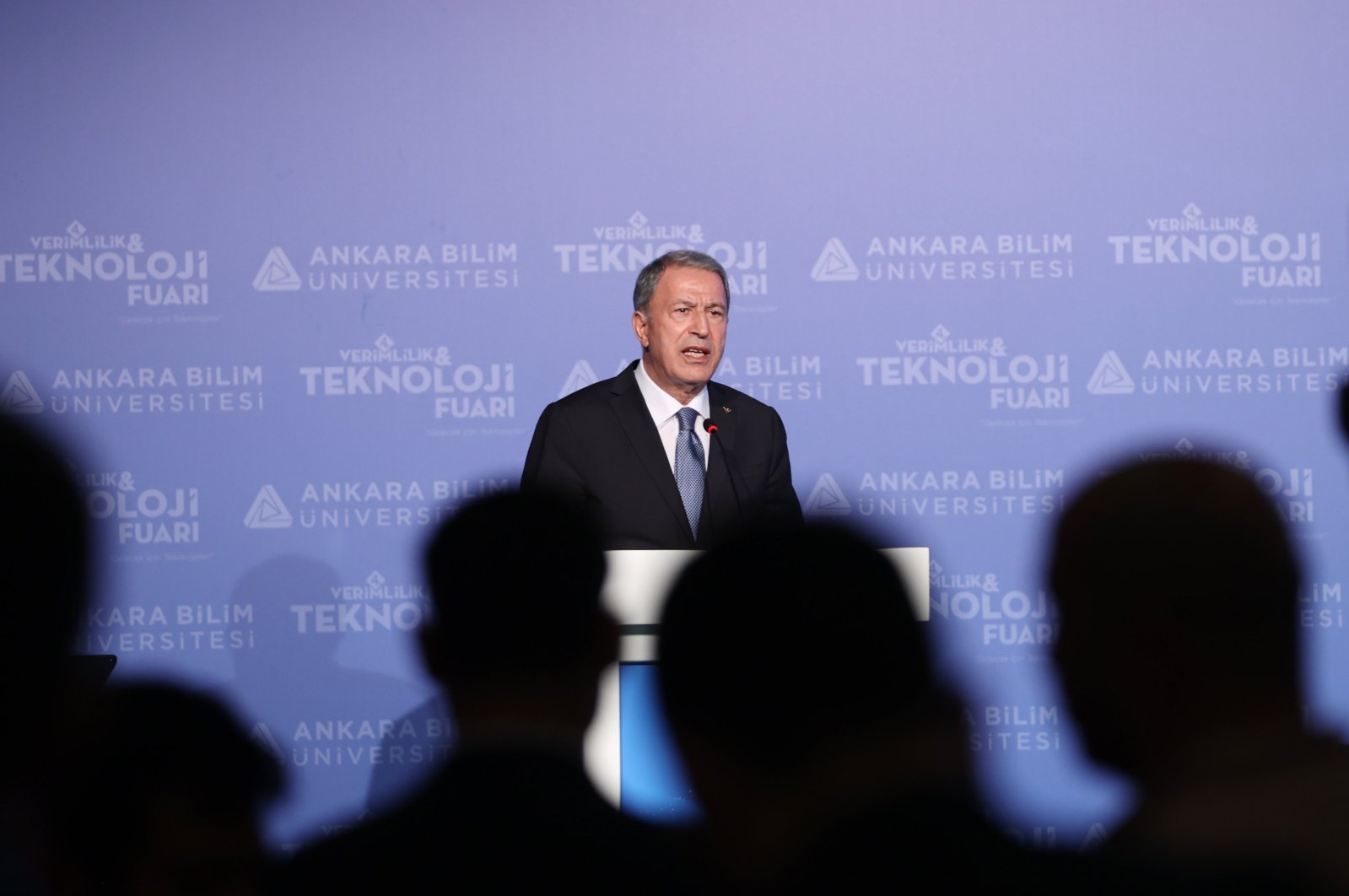 Defense Minister Hulusi Akar highlighted the importance of Turkey’s latest counterterrorism operation, saying that it is the key link in the chain of operations against the PKK terrorist group, according to Azerbaijan in Focus, reporting Daily Sabah.

Akar made the remarks while attending a reception at the 4th Efficiency and Technology Fair held by Turkey’s Ankara Science University at the ATO Congresium in the capital Ankara.

In his speech at the event, Akar said it was a source of pride and honor for them to dedicate the reception to the soldiers who participated in Operation Claw-Lock.

Pointing out that the operations continue with an offensive approach for the security of the country and the nation, he said they also contribute to the peace of the world and the region as much as they can.

“Operation Claw-Lock is the key link in the chain of operations we have carried out so far. The soldiers of the Turkish army will successfully complete this, as they did the other operations, will shoot the terrorists in their lairs, destroy their dens on their heads, and this struggle will continue until the last terrorist is neutralized,” he said.

Turkish authorities use the term “neutralized” in statements to imply the terrorists in question surrendered or were killed or captured.

Akar said Turkish soldiers had been continuing their operations with increasing vigor, without losing focus, sensitivity, or composure.

“There is no difference between the YPG in northern Syria and the PKK in northern Iraq. All intelligence reports, open sources, and practical applications clearly show that they are parts of a terrorist organization. No one should doubt it.

“By continuing our operations in this manner…the safety of our borders, citizens and security forces will be fully ensured. Our work and effort is in this order,” he added.

Launched in April, the new operation, called “Operation Claw-Lock,” targets the terrorists in the Metina, Zap and Avashin-Basyan regions.

The group maintains bases in northern Iraq and has used the territory for attacks on Turkey. Turkey has conducted numerous cross-border aerial and ground operations against the PKK over the past decades.

Turkey has long been stressing that it will not tolerate terrorist threats posed against its national security and has called on Iraqi officials to take the necessary steps to eliminate the terrorist group. Ankara previously noted that if the expected steps were not taken, it would not shy away from targeting terrorist threats.

Touching on the bilateral relations between Turkey and Greece, Akar said: “We expect Greece to see events in a global way and to make the right and logical decisions.”

“It is really nothing short of failure for a country with so much debt to be caught up in the so-called love of armaments or to run for new alliances when there is an alliance within NATO,” he said.

He noted that domestic and national production, which has reached 80% in the defense industry, has reached a point where it will meet the basic needs of the TSK and also expressed awareness of the difficulties of the road ahead.

In its more than 40-year terror campaign against Turkey, the PKK – listed as a terrorist organization by Turkey, the U.S. and the European Union – has been responsible for the deaths of at least 40,000 people, including women, children and infants.