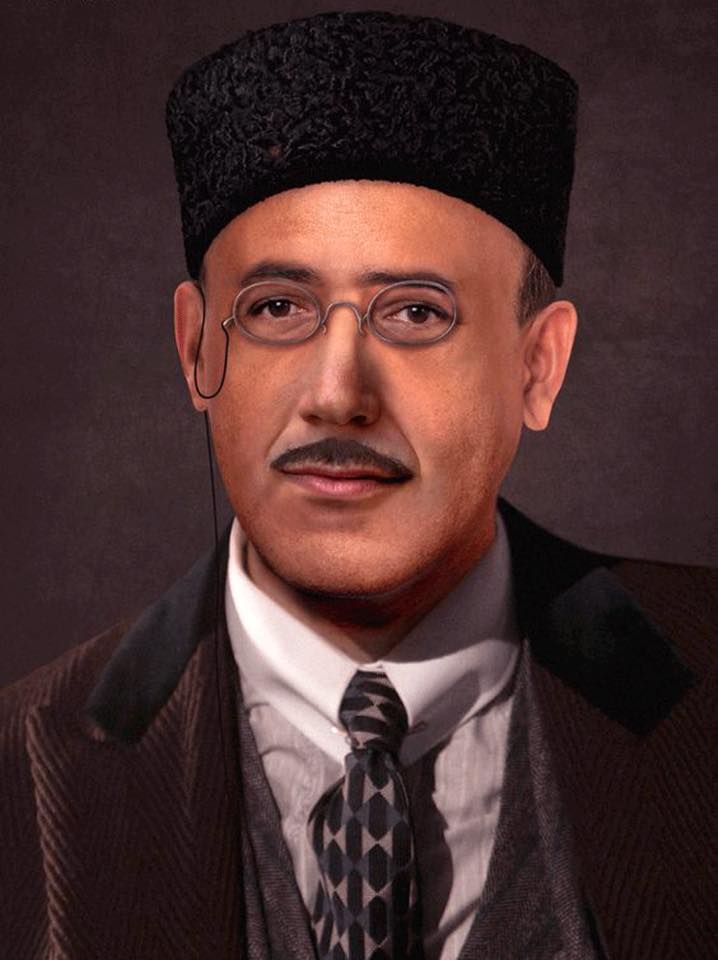 The truth that Javid relied on had only one meaning: to see his people, his nation free and happy, and his homeland among the civilized nations. On his quest for this truth, Javid confronted the harsh limits and barriers of age. His artistic thinking and writings are of invaluable examples of Azerbaijan’s cultural history.

Huseyn Abdulla oglu Rasizada was born on October 24, 1882, in Nakhchivan. Huseyn inherited affection for literature from his father, who was well-versed in music and mugham and was recognized for his sweet voice.

He began his studies at the religious school and later continued at the Russian-Tatar school in Nakhchivan, the Tabriz Talibiya madrasa, and the Istanbul University.

After returning from Istanbul, Javid worked as a teacher in Nakhchivan, Baku, Ganja, Tbilisi, and was also engaged in literary creativity. His first books “Mother” and “Past Days” were published in Tbilisi. Following the 1918 March genocide of Azerbaijanis by Armenians, Javid went to Tabriz and published a poem in Sheikh Mohammad Khiyabani’s Tajddud newspaper. He married Mishkinaz after returning to Nakhchivan.

During the Azerbaijan Democratic Republic (1918-1920), Javid’s “Literature Lessons” penned together with Abdulla Shaig was one of the first moves made toward the formation of a unified Turkic literature curriculum.

During the early years of Soviet rule, fate seemed to test the great artist; the poet suffered personal tragedies as well as economic difficulties. He sold the books in his library and the items in his wardrobe out of desperation. Literary critics have characterized this period in Javid’s writings as an ideological turmoil and crisis. However, he could manage to compose his masterpieces – “Prophet” and “Topal Teymur” poems during this period.

Javid pioneered philosophical lyricism in national poetry, ushering in a new era of Azerbaijani play with his verse tragedies and historical dramas. His work was closely related to the history of Eastern aesthetic ideas and global romantic traditions.

The great artist, who introduced the Pan-Turkism ideology into Azerbaijani literature, spoke about the importance of maintaining the fighting spirit of the nation in the poem “Sea Performance” (1912).

The poet’s writings, which illuminate universal problems from a humanist perspective, are still relevant today.

His poems illustrate that the genius artist, who really felt the challenges of the day and perceived with a poet’s heart that conflict, war, and other horrific events would dominate thoughts for many years to come.

Huseyn Javid was imprisoned in 1938 and accused of maintaining counter-revolutionary ties, being involved in defamatory discussions with former regime representatives, and assembling and educating young poets entrenched in nationalist beliefs around him.

Bringing Huseyn Javid’s remains from Siberia to Azerbaijan on the 100th anniversary of his birth was a sign of enormous love and respect for the powerful master of words. With this bold action, not only the great artist’s spirit but also the hearts of millions of people who loved him found peace.

Javid’s works were inspired by an idea that is still relevant and significant today. The philosophical ideas in his writings elevate the poet to a higher level than his contemporaries. Huseyn Javid’s legacy will live as long as the Azerbaijani people and history do, and his works represent the national asset of the nation.