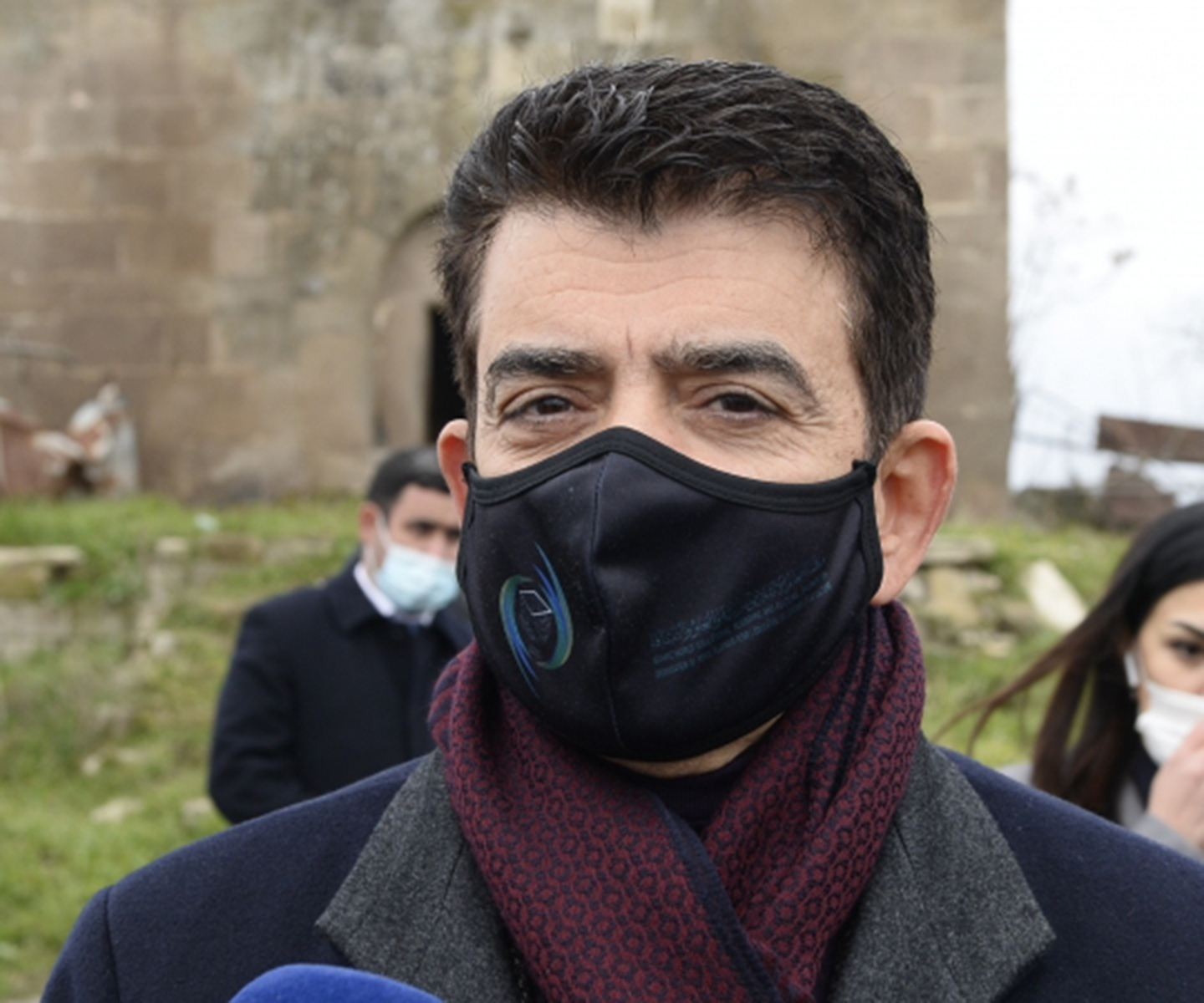 ICESCO Director General: The picture we saw in these places is a real tragedy

A delegation led by Director General of the Islamic World Educational, Scientific and Cultural Organization (ICESCO), Salem bin Mohammed AlMalik, who is on a visit to Azerbaijan, traveled to the territories liberated from occupation and viewed the destruction perpetrated by the Armenians. The Director General of ICESCO has answered the questions of an AZERTAC correspondent following his visit to Fuzuli district.

– Mr. Director General, you have just seen with your own eyes the destruction of the cultural, historical and religious heritage of Azerbaijan in the territories liberated from occupation. What do you feel about that?

– First of all, I would like to congratulate your people headed by President Ilham Aliyev on the victory Azerbaijan has won in the Patriotic War.

The picture we saw here is a real tragedy. During our trip to the territories liberated from occupation, we saw that all villages, settlements, historical and religious sites there had been destroyed. The destruction, desecration of mosques and religious sites, vandalism against them are unacceptable. Such sanctuaries must be treated with respect. They must be protected. I am sure that all of the destroyed cultural and religious sites in these territories will be restored. Of course, there should not be a double standard approach to the religious beliefs of people either at the regional or at the global level. Respect for all religious temples is necessary.

We receive information, hear and read about things, but the picture we saw with our own eyes here made all of us very upset, touched us to the depth of our souls.

– What steps will ICESCO take to protect Azerbaijan’s historical material heritage in the territories liberated from occupation? Are there plans to include our Muslim religious sites located in Karabakh in the list of the heritage of the Islamic world?

– Of course, first of all, the Azerbaijani government needs to send appropriate inquiries, which will then be evaluated by a committee of independent experts. The inclusion of cultural heritage sites in the heritage list of the Islamic world also means that they will be protected by ICESCO. Our main goal is to preserve the sites of cultural and religious heritage. At the same time, we would like to emphasize that we are protecting sites belonging to all religions.

We are grateful to the Azerbaijani government for the opportunity they have created for us to familiarize ourselves with the situation on the spot. I do hope that we can come here again after the restoration of the territories.

This article originally appeared in AZERTAC on 12 Jan 2021.