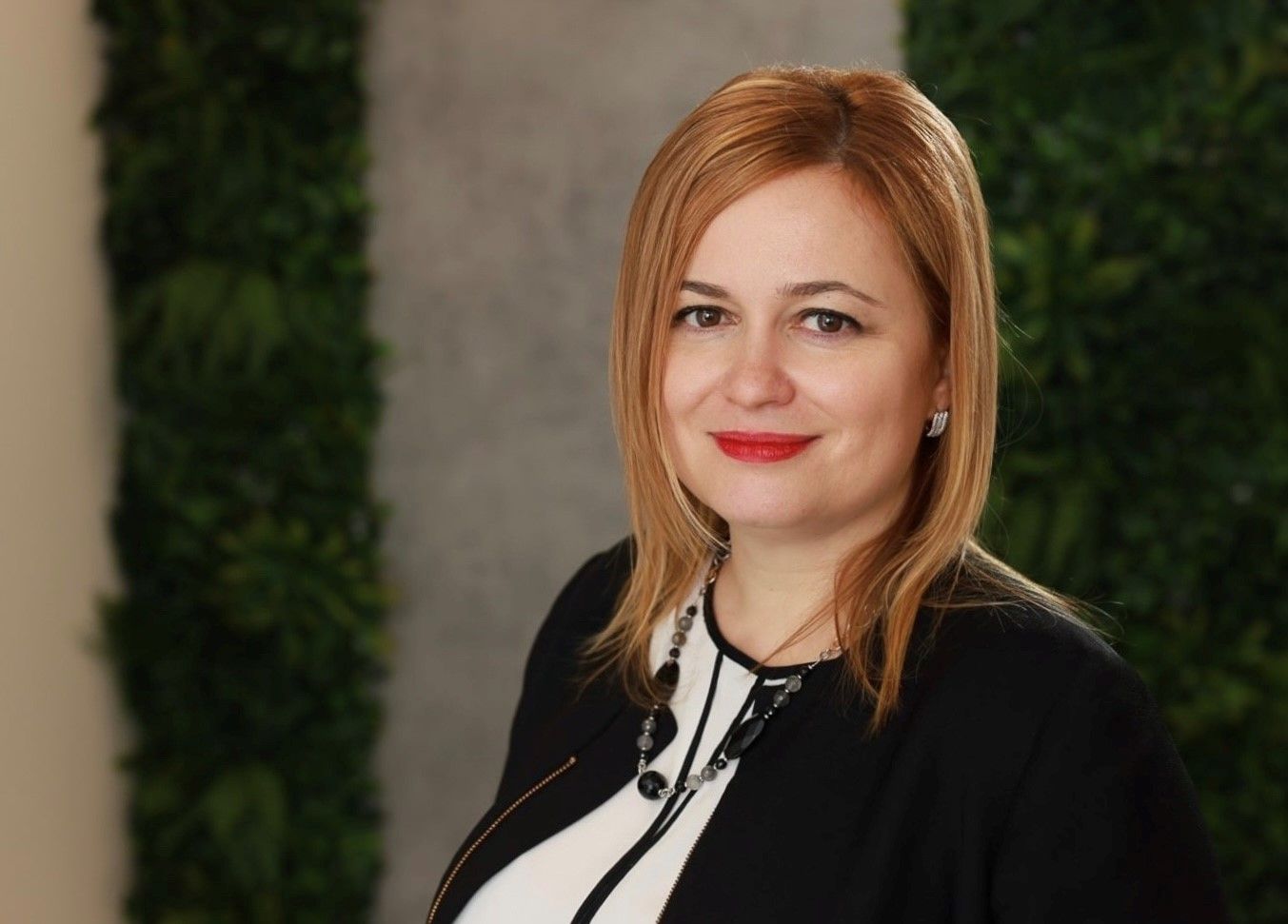 ICGB AD Executive Director (Bulgaria) Teodora Georgieva spoke about IGB’s role in changing the energy situation in Bulgaria and the wider region, Azerbaijan’s role in guaranteeing uninterrupted gas supplies to Europe, expected volumes of Azerbaijani gas to be pumped via the pipeline, as well as the possibilities of increasing IGB’s throughput capacity.

With the completion of the TAP (Trans-Adriatic Pipeline) construction on December 31, 2020, Azerbaijan began commercial gas supplies to Europe via the Southern Gas Corridor. Recently, the European Union and Azerbaijan have been in active dialogue on increasing gas supplies amid the energy crisis in Europe.

Azerbaijan and Bulgaria agreed to supply 1 billion cubic meters of gas per year through the Interconnector Greece-Bulgaria. However, because the IGB was still under construction, Azerbaijani gas was delivered to Bulgaria via the Kulata-Sidirokastro interconnection point.

The opening ceremony of the Interconnector Greece-Bulgaria was held in Komotini on July 8.

Q: How will the expected full launch of the Interconnector Greece-Bulgaria change the energy situation in Bulgaria and the wider region?

A: The upcoming commercial launch of IGB will guarantee secure supplies of natural gas from various sources not only for Bulgaria and Greece but also for the entire region of South-Eastern Europe. We will also have the opportunity to supply gas to the Western Balkans with the possibility to ensure supplies to Moldova and Ukraine due to IGB’s synergy with the Trans Balkan Pipeline. This project is being developed from the very beginning in synergy with a number of other planned or existing key energy projects such as TAP, TANAP, and the Alexandroupolis LNG terminal, and this makes it an integral part of Europe’s overall energy strategy and priorities.

The implementation of this project is of great importance not only from a market point of view but also as an element of national security. The Greece-Bulgaria interconnector is a new route for secure, diversified supplies, and will reshape the energy map of the region. This is even more valid now that we see Europe shifting its energy strategy to an active consistent attempt at eliminating the overall need for Russian natural gas as a pressure factor for all member states. In these challenging times for Ukraine and Europe, IGB becomes even more key – this is one of the EU’s top priority energy projects and the first one that is in such a developed state that is so close to commercial launch. Our team expects that upon commissioning both host countries and the wider region will feel IGB’s impact on the market quite fast.

Q: How would you assess Azerbaijan, SGC and IGB’s role in more or less guaranteeing uninterrupted gas supplies to Europe?

A: IGB is connected to the Trans-Adriatic Pipeline (TAP), allowing for additional quantities of gas from Azerbaijan that arrive in Greek ports to flow to Italy and the wider Southeast Europe (SEE) region. It will also enable the flow of liquefied natural gas to Bulgaria and SEE from Greece’s Alexandroupolis LNG terminal, paving the way for potential future LNG imports from the US, Algeria, Qatar, Egypt, and other suppliers. The pipeline is seen as a crucial element of the European Union’s plans to give up Russian gas supplies entirely by 2030 and beyond.

The currently booked quantities of Azeri gas – 1 bcm/y, are the backbone of the project from the very start and we are very grateful for the constant support of our Azeri partners when it comes to energy security. Azerbaijan is a trusted partner and that has been proven in time. I hope that in the future we would look at opportunities and possibilities to build on the current reserved capacity for Azeri gas, especially after IGB increases its capacity to 5 bcm/y – something we plan on doing together with DESFA in 2024.

Q: What volumes of Azerbaijani gas are expected to be pumped via the IGB?

A: Currently, a total of 1 bcm/y Azeri gas is expected to flow through the IGB pipeline upon commissioning. These quantities have been booked under a long-term contract for 25 years. The contract with Azerbaijan is the backbone of the IGB project and we are hopeful that in the future, after the successful commercial launch of the pipeline, this cooperation can continue and be further expanded. At the moment, the 1 bcm/y is being transported through the already existing energy infrastructure and is delivered temporary at Nea Mesemvria so that Bulgaria can still be able to gain the full benefits of the Azeri contract in these challenging times. For the upcoming heating season, all quantities will be transported through the interconnector – that’s the deadline we absolutely cannot afford to miss.

All efforts of ICGB are focused on achieving commercial launch as soon as possible, even prior to the start of the heating season. For this to happen, we need to rely on active, strong, and consistent institutional support in both Bulgaria and Greece. I’m hopeful that soon we will be able to announce progress with the procedures for Act 15 and Act 16 of the pipeline.

Q: How would you assess the possibility of increasing IGB’s throughput capacity?

A: The maximum technical capacity of the IGB is 5 bcm per year which requires the construction of a gas compressor station at Komotini in Greece, a move which would depend on sufficient commitments from enough interested parties that would book capacity. This was initially planned to be researched as a possible move some years in the future after IGB’s launch, but the war in Ukraine changed everything. Now we see that going from 3 bcm/y to 5 bcm/y could bring substantial benefits to all parties in the region – the two host countries that develop the project, countries in the wider region, end consumers, the business, etc. We’ve begun active talks with the Greek national operator DESFA to look into the possibility of speeding up those plans and building a compressor station at Komotini much sooner. For now, we think this could be done in the first half of 2024 to match the launch of the LNG terminal in Alexandroupolis – this would ensure that the extended capacity of IGB is fully booked. I’d say that the energy sector in the region is looking at some exciting things to come and IGB will certainly make an impact in that regard.

This report originally appeared on Azernews on August 8, 2022.