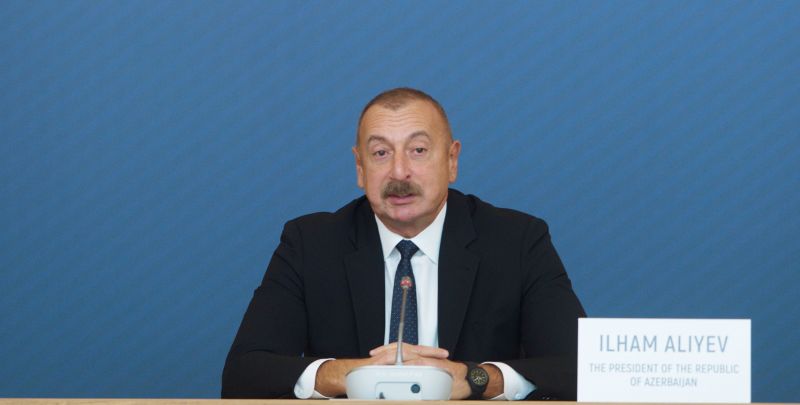 Ilham Aliyev: Armenia does not respond to Azerbaijan’s peace proposals

Armenia did not respond to Azerbaijan’s proposals to start work on a large peace treaty. This was stated by Azerbaijani President Ilham Aliyev in his speech at the opening of the VIII Baku Global Forum today, according to Azerbaijan in Focus, reporting Turan News.

“We have entered the post-conflict period and offered Armenia to start work on a big peace treaty,” Aliyev said.

However, as the Azerbaijani President stated with regret, Armenia has not yet responded to the proposal.

“We offered the delimitation and demarcation of borders to ensure the territorial integrity of both states. This is in keeping with international principles. However, no response has far come from the Armenian side to this proposal either,” he said.

President Aliyev noted that despite the 30-year occupation of the territories, Azerbaijan shows maximum constructiveness and willingness for large-scale cooperation.

“Azerbaijan is willing to turn the page. However, there is no response from Armenia which keeps mum for a year. But, they won’t be able to resist Azerbaijan’s constructiveness,” Aliyev said.