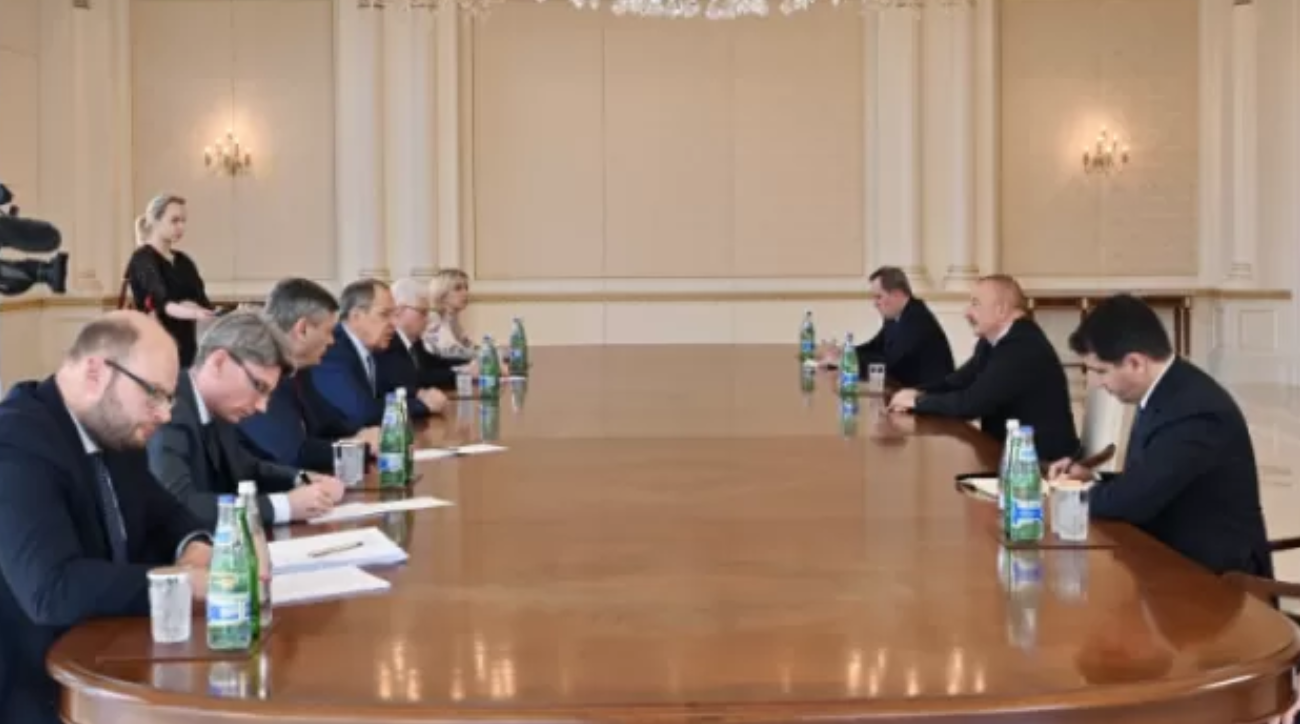 Azerbaijan hopes that the work of the tripartite commission to open communications in the region and unhindered access of Azerbaijani cargo and citizens to Nakhchivan will have a real result. This was stated on Thursday by Azerbaijani President Ilham Aliyev at a meeting with Russian Foreign Minister Sergei Lavrov, according to Azerbaijan in Focus, reporting Turan News.

“I would like to note the intensification of the work of the trilateral working group chaired by the Deputy Prime Ministers of Russia, Azerbaijan and Armenia. We hope that there will be practical steps towards the implementation of the November 2020 statement in the context of opening communications and ensuring unhindered access for Azerbaijani cargo and citizens to communicate with the Nakhchivan Autonomous Republic, which is a legal obligation of the Armenian side. But, unfortunately, after more than a year and a half after the end of the Second Karabakh War, this point of the declaration has not yet been fulfilled,” Aliyev said.

He further expressed regret that Baku’s proposal to start work on a peace treaty has so far remained unanswered.

“I am sure that the efforts that we are making will also be positively received by the Armenian side, and the long-term confrontation will be put to an end. Our proposal to start work on a peace treaty has so far remained unanswered, but we still hope that this proposal will be positively received. We also count on the active efforts of the Russian Federation in establishing lasting peace in the Caucasus,” the head of state said.