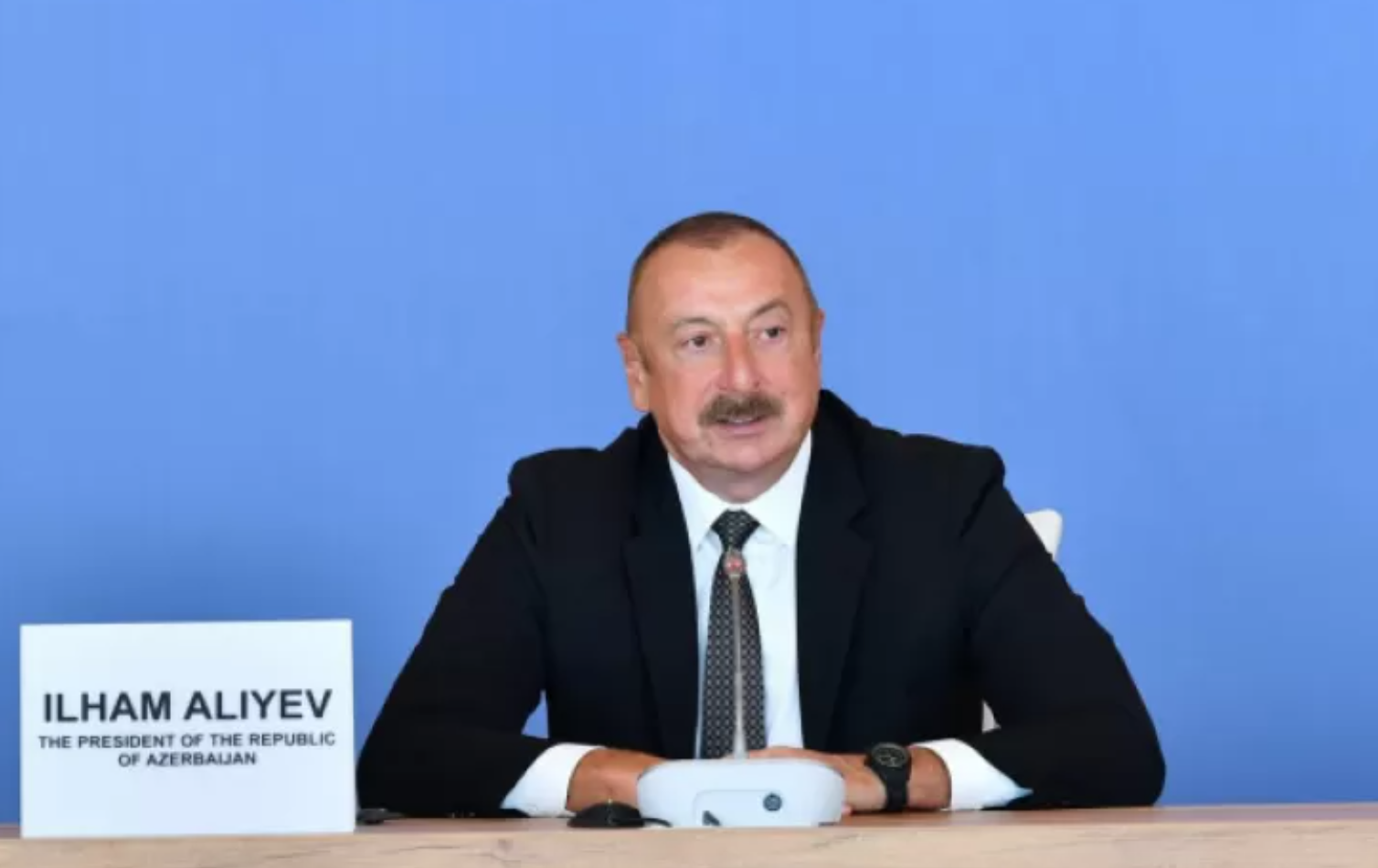 If Armenia keeps on questioning the territorial integrity of Azerbaijan, Baku will respond in the same way.  This was a message delivered by Azerbaijani President Ilham Aliyev in his speech at the opening of the IX Global Baku Forum today, according to Azerbaijan in Focus, reporting Turan News.

After making a brief excursus to history, Aliyev noted that in November 1920, six months after the Sovietization of Azerbaijan, the Soviets took back the historical part of the Republic, Zangezur, and annexed it to Armenia.

He urged the Armenian government “not to forget the lessons of the Second Karabakh War” and to decline from any territorial claims against Azerbaijan.

The head of state stressed that Azerbaijan stands up for turning Azerbaijan into a region of cooperation, integration and peace.

According to Aliyev, Baku and Tbilisi suggested holding a trilateral meeting of the Foreign Ministers of Azerbaijan, Georgia and Armenia to start discussions on the subject.

“Unfortunately, the Armenian side refuses. And I don’t know what the reason is, I can’t find any solid explanation for it. As far as I know, there was also a proposal from one of the European institutions, and again there was a refusal,” Aliyev continued.

Aliyev also accused Armenia of hindering “the opening of the Zangezur corridor” in violation of the November 10, 2020 trilateral statement (of the leaders of Azerbaijan, Armenia and Russia).

Armenia continues to use the Lachin corridor while Azerbaijan cannot use the Zangezur corridor for transportation to Nakhchivan.

“This is unfair, and we will never agree to it,” the President added.

Aliyev noted that Azerbaijan has offered Armenia to start working on a peace treaty and has put forward five principles that should form the basis for normalizing relations.

“Azerbaijan has already established a peace treaty commission on its part, and we expect the same step to be taken by Armenia. If this is done, or as soon as it is done, negotiations will begin,” Aliyev noted.