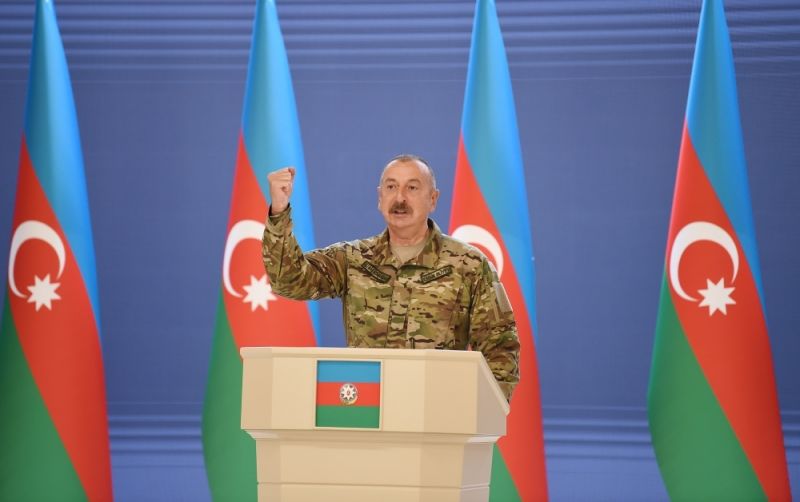 Armenia should abandon territorial claims to its neighbors and forget about the expression Nagorno-Karabakh, stated President Ilham Aliyev on Saturday during a meeting with the leadership of the Azerbaijani army, according to Azerbaijan in Focus, reporting Turan News.

“I have stated this more than once and I want to say once again that the Nagorno-Karabakh conflict is resolved, Armenia must recognize this and work with us in the direction of determining the borders,” Aliyev said.

According to the head of state, a working group on border delimitation should be created and work should be carried out to prepare a peace agreement. He stressed that Azerbaijan will continue to strengthen its military power.

“Our military power will grow. After the end of the war, appropriate instructions were given, new contracts were signed, the process of purchasing new weapons based on modern technologies began,” Aliyev said. The head of state also noted that he had approved structural reforms in the army.

“I can say that the number of the armed forces will be increased. We will correctly analyze the results and course of the Second Karabakh war, and will certainly build up our military power. If Armenia does not give up its hostile policy towards us, then it will not have the opportunity to restore not only its destroyed army but also its economic activity,” Aliyev said.